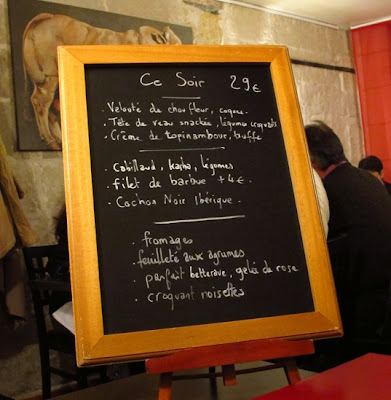 The 29€ dinner menu
Last night Tom King (RSJ Restaurant), Christophe Daviau (Domaine de Bablut) and I ate at Autour d'un Cep in Angers. This is a small restaurant down by the Maine and run by Antoine Landron, son of Muscadet producer Joseph Landron.
The food was good – I took the velouté de chou fleur, coques (clams), followed by the Cochon Noir Iberique, which was served saignant and was my best dish, and I finished with the parfait bettrave, gelée de rose. I thought beetroot ice cream was a brave choice, which worked pretty well and will be filed under 'interesting'. 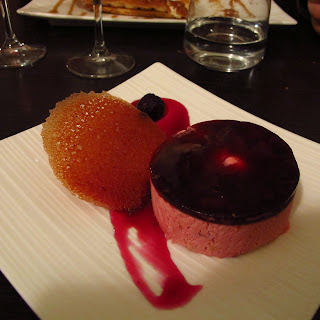 As you would imagine there are plenty of interest on the wine list both in the Loire and elsewhere, although there are quite a number of wines on the list unavailable and stroked out – would be easy to tidy this up these days.
We started with the 2008 Clef du Sol, Montlouis from Damien Delecheneau. Damien has a passing resemblance to Chelsea footballer Fernando Torres. The resemblance is only physical as Damien scores far more regularly with his wines than Fernando does these days with the ball. The 2008 Clef du Sol was no exception – very clean and precise and although a sec has just a touch of sweetness – 30€ on the list. 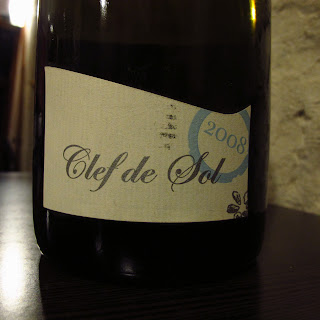 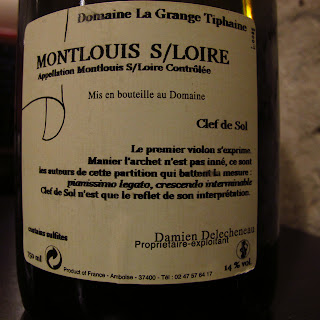 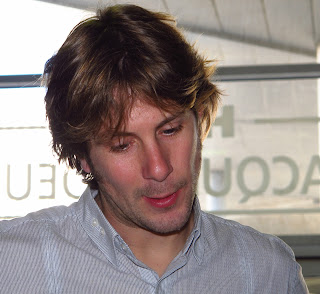 Damien Delecheneau
We stayed with 2008 for our choice of red – a Saumur-Champigny from Mathieu Vallée at Château Yvonne in Parnay. I knew the wines well when they were made by Françoise Foucault but have tasted them less since she ceased to be involved and the property changed hands. However, I met Mathieu Vallée, the current owner at Millésime Bio this year, and was impressed both by him and his wines. The black fruited and elegant 2008 drank well with our cochon. It does have quite high acidity, which marks the quite cool 2008 vintage. 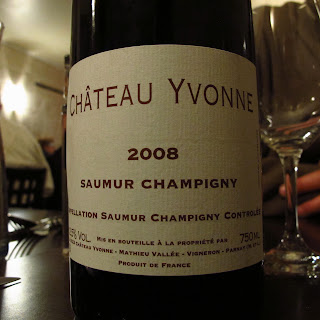 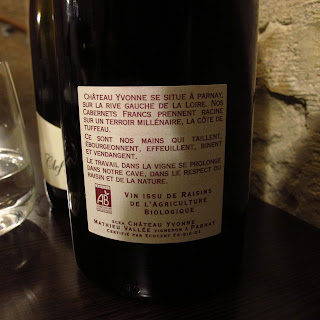 While the food was good at Autour d'un cep the service was decidedly slow, which was surprising given that there were three people involved in the service for a maximum of 25-30 covers.
Posted by Jim's Loire at 07:40