Oddbins: redundancy – a special bail out? 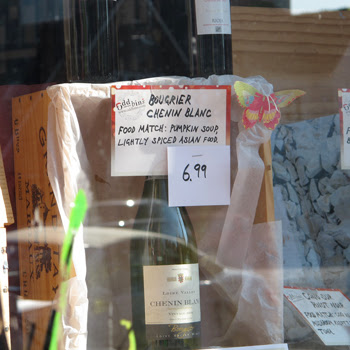 Sadly no special deals for Bougrier owed £27,439
On 8th March 2011 Simon Baile, managing director of stricken retailer Oddbins UK, signed off a redundancy cheque for £17,275 made out to Martin West, the company’s marketing director. West acknowledged receipt of the cheque the same day. Oddbins called in Deloitte, an accounting and consulting firm, in early March to work on the CVA, which was rejected yesterday. The payment was made just days before the CVA proposal was issued on 15th March.
Other members of staff at Oddbins’ headquarters in Wimbledon received rather different treatment. On 4th February 2011 some six staff were notified that due to poor trading they were at risk of being made redundant. This notification was withdrawn on 22nd February. When the CVA proposal was published on 15th March, they were made redundant and added to the long list of creditors.
Baile and West studied Business Studies and History at Roehampton University together meeting in their first week at college in 1988 and graduating in 1991. When Baile took over Oddbins in 2008 he appointed his fellow Roehampton graduate as marketing director.
Invited to comment on the payment Simon Baile replied that: “Martin West wanted to leave and as he had a great deal of valuable information he signed a ‘contractual compromise agreement’. Baile added that he has no idea why this cheque has been called a redundancy payment’.
After the CVA meeting on 31st March Baile said, “We very much regret the need to make so many staff redundant prior to last night’s vote and we are working diligently to find a buyer for the majority of the business so that as many jobs as possible may be saved.”
Comment

Whether you call this payment to the marketing director a contractual compromise agreement (CCA) or a redundancy payment, creditors might reasonably wonder why this information was so much more valuable than that held by sacked members of Oddbins’ head office staff,  who include the credit controller and the regional business manager. Instead of receiving a five figure lump sum these staff have joined the company’s many other creditors wondering whether they will receive anything under the administration, if it is approved on Monday.
They might wonder, too, whether any other similar payments have been made.

Given Oddbins poor marketing and web presence over the last few years, one can only assume that the "great deal of valuable information" was the answers to some of Jim's questions that Simon Baile appears not to want to answer. One wonders whether similar agreements were made for Richard Venrey and Des Cross and whether they remain valid once the company enters administration. Perhaps then we will get answers to the questions that Jim and many others are asking.

Anon. Although it is clear that Oddbins lent money to Ex Cellar Investments Ltd to buy itself, I dn't think there is evidence that the directors always had 'a medium term exit strategy with full pockets'.

Another instance of looking after your own can be seen in the creditors list. Over £49K owed to solicitors Clarke Wilmot. Nothing to Richard Slade & Company their other solicitors. Could it be because Henry Young's brother is a consultant to the firm?
Looking at the accounts filed for 2009 you can also see they were preparing to leave their landlords high and dry as they removed the 500K provision for delaps.
lets hope someone gets to the bottom of this mess and gets the best for the creditors.

This is just another example of
Baile and Young's disregard for the company and it's hard working, long suffering staff. I am sorry that Henry Young is not under as much scrutiny in general as Simon Baile. The two men are interchangeable and indeed Young was supposed to be the financial 'brains' behind the operation.
While these two cast themselves as the saviours of the brand they very soon made it clear that they considered the staff to be little more than the 'staff' downstairs in a Victorian household. There was no respect for many long serving members who while some may have been sour cynics undoubtably knew more about the business than they did.
There appears to have been pretty ugly debt loading here and the staff and suppliers will pay dearly while these two get off scot free.

It is a tragedy that they have brought the whole company down.