Oddbins: Baile and Young's bid rumoured to have collapsed 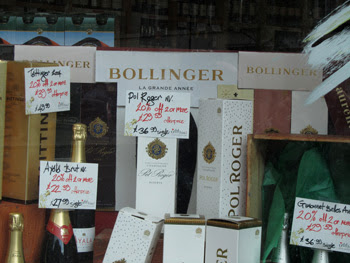 Champagne offers@High Street Kensington
There are rumours that Simon Baile and Henry Young's startling bid to buy back Oddbins from administrators Deloitte has either collapsed or is seriously shaky. Oddnonymous (Twitter), who says they have worked for Oddbins for 10 years, is clear that it has collapsed. I understand that the sales director informed the regional and area sales managers that Baile's bid had failed yesterday.

If this is the case, then their bid may have collapsed because Baile-Young have lost the confidence of their staff and suppliers or alternatively they have been unable to secure the necessary financial backing. I understand that while Baile and Young were in charge there were several unsuccessful attempts to attract external capital.


Talking to Nick James, md of Pol Roger UK, he made it clear that if Baile-Young returned they would only supply Champagne to Oddbins on a cash with order basis and the price would be raised to claw back some of the money Oddbins owes them. 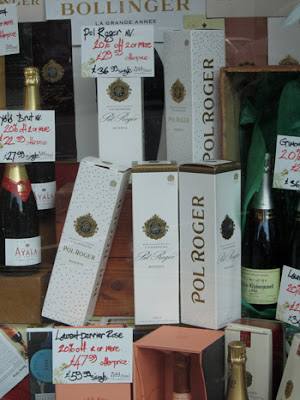 The Oddbins saga continues, Jim. It is a bit like one of those Rocky movies! Trouble is, you can't forever keep beating the count. Though Baile and Young seem to be the sort of people that will always want to be directors of some company or other.......

"...their bid may have collapsed because Baile-Young have lost the confidence of their staff"

That happened long ago. About a week after they bought the company, I think.

The hubris of Young describing himself as a 'master of the universe' in the Odyssey magazine was quite jaw-dropping. I look forward to issue two.

Seriously, I really hope somebody who knows what they're doing can buy the company as a going concern. The brand deserves better, and the staff (arguably Oddbins' greatest asset) certainly do.

During the great days of Oddbins – a good decade ago – the greatest asset of Oddbins was their staff. I trust if the whole portfolio is sold as one that the staff will be appreciated and treated properly.

Rocky movie or a Carry On Film?

Any wonder the overheads were high, how far away from the coalface did Young/Baile want to be?

Lets hope they are restrained from being directors of anything for a little while.

Monday morning news - some branches have just been shut. Are Deloittes shutting the ones they know won't sell? Who knows. Thank you Jim for the info provided during this time.

Anon. Any details on the branches that have shut please?

55 Oddbins stores up for sale:

Most of these seem to be the ones that were shut down in Marc h.

I'm confused...does this mean that the stores which [i]aren't[/i] on the list are still trying to be sold as part of a going concern?

Four shops have been closed today. The shops being shown on the list are ones that were shut and we are still paying leaseholds on. i have no idea whether this means we are all being split up or whether those four being sold are the only four or what the hell is going on....I only work here :)

It seems to be the 39 stores they closed last month, plus another 16. So that leaves 73.

Presumably Deloitte are still hoping to sell those 73 stores as a going concern, but nobody appears to know.

well those that were sold today had measurements taken from them it seems, and they are not for wine outlets, so tomorrow our shop could be visited, who knows as we have not had a delivery for two weeks now...

Jim - I don't know the others, just that the Westminster branch on Horseferry Road is one. (Under the Dept of Transport) It was still doing ok business considering it had no stock so it was a relative surprise. It hadn't been an Oddbins for very long (since '05?) - was part of a small chain that Castel bought. Manager given the news this morning, with instructions to empty the shop by the end of the day. Four staff redundant, including two wine advidors with 18 years Oddbins experience between them. I suppose none of the possible future owners were showing an interest in it. I don't know the rent. Large shop, lots of space - could run a whole business from it, no problem.

Neither Sevenoaks nor Westminster are on the Christies list of 55...very confusing.

Any light you can shed on this would be appreciated, Jim.

Mnay thanks for all the comments. If I get any news I will post it on this blog.

For clarification - I understand that the 4 branches closed today were closed because the administrators had reached agreement with a company (or companies) who wanted to buy those leases. That's why they're not on the list of leases for sale.

Those on that list are the 39 closed in March plus 16 which had been closed months and years prior, but Oddbins are still renting.

I presume that the administrators are still trying to sell the remaining 85 open branches as a going concern.

Dean - thanks for that bit of info.

I'm glad to read this for it shows that talk about "saving jobs" is just the usual blah blah yadda yadda - a decent offer on the leases came in and that's all that counts to the administrators, who are presumably legally obliged to take the money every time.