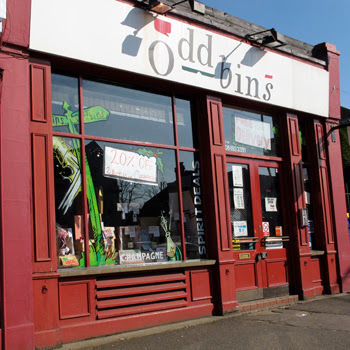 Following a 30-minute hearing yesterday in the High Court (London) Oddbins Ltd and Oddbins Properties Ltd were put into administration. Lee Manning and Matthew Smith, partners at business advisory firm Deloitte, have been been appointed joint administrators for the two companies.
Oddbins was placed in administration on the basis of a pending sale of the business and the need to keep the business and its assets viable during this process. It was not put into administration as a going concern as it was insolvent both with respect to its cash flow and balance sheet.
“We have received a number of expressions of interest,” Lee Manning told decanter.com. “Some are interested in the whole portfolio, others in some of the shops, while others are just interested in the stock. I would say the number of expressions of interest is still in single figures but it is now approaching double.
“Some of the parties are in the wine trade, some outside. However, we haven’t received any offers yet. I expect this initial process to probably take at least another week before we start moving forward."
"We will continue to trade the company whilst seeking a sale as a going concern.  Employees will continue to be paid and will be fully briefed.”
British Gas’ winding up order, which prompted Oddbins to seek protection from its creditors through administration, was dismissed at yesterday. It is understood that there were at least two other winding up orders served on the company. One from Pol Roger Ltd, owed £273,612, was withdrawn as they wanted Oddbins to survive.

Unfortunately for everyone involved, the principle buyer interested so far would appear to be Simon Baile and his partner in crime Henry Young. As stated in the Express at the weekend, they are looking for an investor NOT a buyer and are still securely ensconsed in the Head Office in Weir Road, no doubt working on their bid now. If it does go through, I cannot imagine a single supplier would want to do business with them, let alone the potential ramifications from HMRC. Here's hoping that someone with some integrity will put in a bid for the business and not allow Simon Baile to win by default.

Would anyone really be stupid enough to invest in them? Are they supposed to be providing expertise or credibility for a future investor? What a joke.

Anon: thanks for the details about the principal buyer. I had heard unconfirmed rumours that Simon Baile and Henry Young were in the frame and offering equity. I would have thought that any outside investor would also want Baile and Young to invest capital in the business this time round.

Whether suppliers will be prepared to back Baile and Young now as they there were under the CVA remains to be seen.

Surely with the size of the debts to HMRC Messer Baile and Young will be the subject of a DTI investigation following the administration report. If they are disqualified as Directors then their plans become more difficult.

I am outraged these ********** would be allowed to buy the company back. They have treated there staff appallingly. Please somebody else buy it!!!!.