Oddbins: no firm news but "lots of balls up in the air" 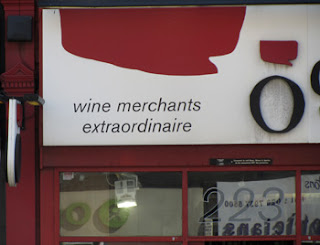 I spoke briefly to Lee Manning this morning. He told me that things are taking longer than expected but that there might be a deal today. He wouldn't give any details saying that 'there were lots of balls in the air'. I will try to contact him later today to see if any progress has been made.
However, from comments posted on Jim's Loire recently, things appear pretty gloomy for the Oddbins' workforce with five made redundant from the warehouse yesterday. Apparently they were told that a single buyer hadn't been found and that the remaining shops would be split up.

Update@16.44: still no news – negotiations still on-going. Presumably with several parties if rumours and the harpers report is right. I guess negotations over selling batches of shops. Will anyone get the right to the Oddbins brand?
Posted by Jim's Loire at 09:45

Lots of balls in the air? Simon and Henry's, hopefully.

Harpers is reporting that Baile's bid for the whole estate has fallen through, which is old news surely?:

They also mention some of the other bidders. It's not clear whether these people would trade under the Oddbins brand and/or keep the existing staff, though, which is what everyone wants to know.

harpers also says that Baile is trying to buy some shops.

Nearly 5 o'clock now. This is going to drag on till at least Tuesday isn't it?

Anon. It may do but Lee gave the impression that talking could go on into the night.

And a happy easter to all of us poor sods wondering if we'll have jobs next week!

Sure we'll be the last to know as per usual....

Apparently we will be told before the weekend..

More wranglings going on. Meant to be answer tomorrow. Remote stock valuations going on. Something afoot. The question is which way will the balls drop.

Thanks anons for the various comments. Certainly my impression that the parties are likely to be in discussion until the deals are done.

I really didn't enjoy telling my parents that I'd been made redundant - so imagine the froideur chez Simon Baile when his dad comes round for dinner on Sunday .....