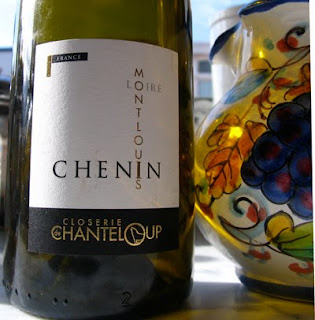 As an interlude between the reports on the big France under one roof tasting here are notes on a couple of samples I have been intending to try for a while. The Closerie boys were over for France's independent wine producers tasting in January, while the 2009 Sauvignon Blanc from Jean-Christophe Mandard came from the Salon des Vins de Loire.
Closerie de Chanteloup
This Montlouis comes from a 22-hectare domaine sited close to the famous Pagoda de Chanteloup on the outskirts of Amboise. The domaine used to be part of an estate owned by the Duc de Choiseul, a prime minister during the reign of Louis XV. The domaine is run now by three producers: Vincent Guichard, Frédéric Plou and Willy Debenne. Five generations of the Guichard family have run the domaine. In 2003 Vincent took over a small part of the family vines along with some others that he rented, making a total of six hectares. In December 2005 he was joined by Frédéric Plou, who decided to leave the large Plou domaine of 60 hectares in Chargé to be involved in something smaller. (I have yet to be impressed by the Plou family wines.) Willie Debenne joined Vincent and Frédéricin Janauary 2007 leaving his job in industry.
2007 Mémoire de Loire, Montlouis, Closerie de Chanteloup
This lightly golden wine shows how good a demi-sec can be with its combination of minerality and quite austere, racy acidity – typical of the 2007 vintage – and peachy, honeyed sweetness and good length. Impressively good! 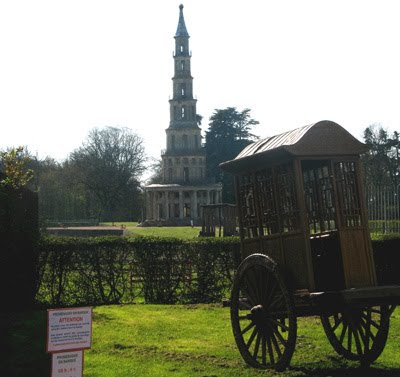 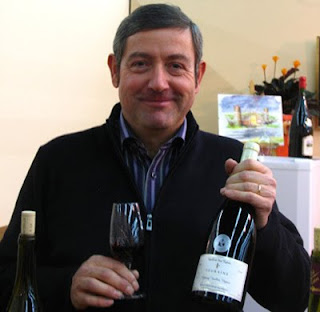 Jean-Christophe Mandard
2009 Cépage Sauvignon, Touraine, Jean-Christophe Mandard
This pale coloured wine is a decidedly lean, lemony, gooseberry and grassy example of a Touraine Sauvignon – 'bracing' or 'tonique' probably sums it up. This 2009 Sauvignon is not unripe; it doesn't have those reeky cats' pee aromas. I would prefer it to be a little riper with more complexity, although to be fair it is very young and may well take on more weight in bottle. There may also be later bottlings but on this showing I prefer Jean-Christophe's reds.
Posted by Jim's Loire at 20:13