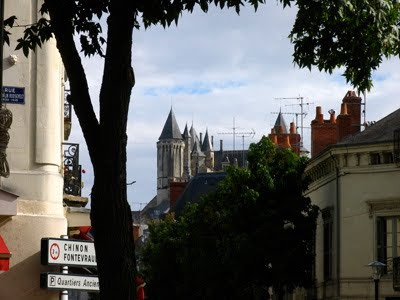 View of the Château de Saumur.


Indage Vintners, India's best-known wine producer, is fighting for its life after being issued with a winding-up order in Bombay's High Court.

The company, formerly known as Champagne Indage, has total debts of about INR4bn (£59m), according to the court, and assets of only INR2.76bn.'
Posted by Jim's Loire at 07:33