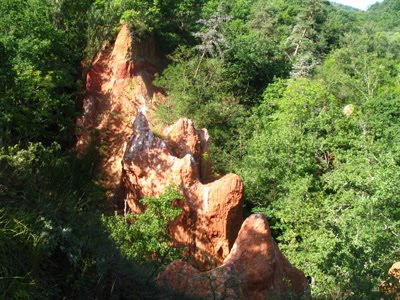 Red rocks in the Vallée des Saints
We had a full programme for our last day of wanderings. First up was the Vallée des Saints walk – a circuit from Boudes whose highlight is the remarkable red clay rocks that have been eroded into 'chimneys'. Because of the erosion it is no longer possible to get close to the chimneys and they have to be viewed from a short distance away but they are still a remarkable series of rock formations. 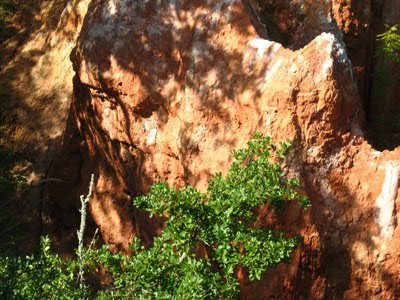 Fortunately we started quite early as the day was getting very hot by the time time we finished the two hour walk just after midday. 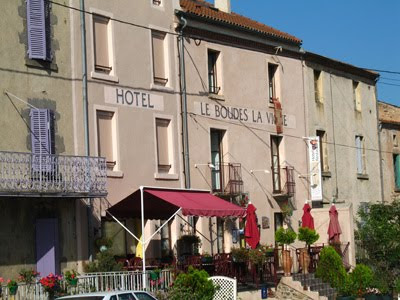 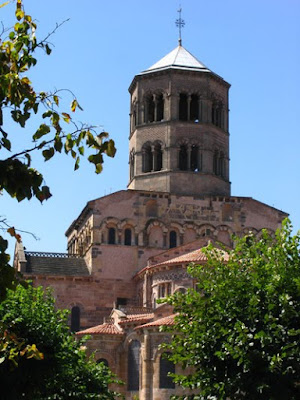 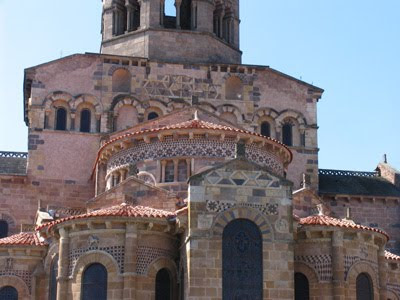 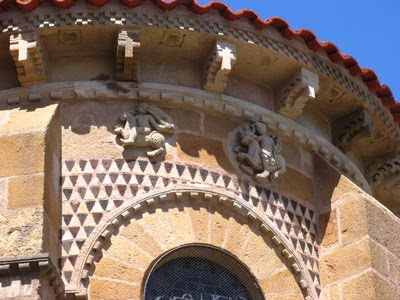 Then to Issoire for a quick lunch in a brasserie followed by a visit to the town's lovely Basilique Saint Austremoine, which dates from the 12th century and appears to have a Moorish influence. 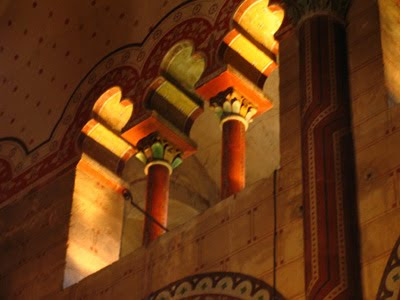 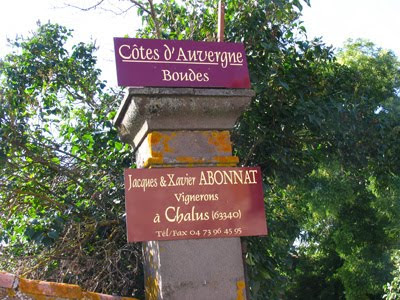 Entrance to the Abonnat family home and winery
Mid-afternoon we were in Chalus for a visit to wine producers – Famille Abonnat, where I had arranged to meet Xavier Abonnat, who is now running the estate having taken over from his father Jacques. However, when I arrived Xavier wasn't around. It was clear whether he had just forgotten the arrangement or couldn't be bothered as when Xavier did turn up much later he offered no explanation or apology. Fortunately Jacques was around and he was charming and informative. 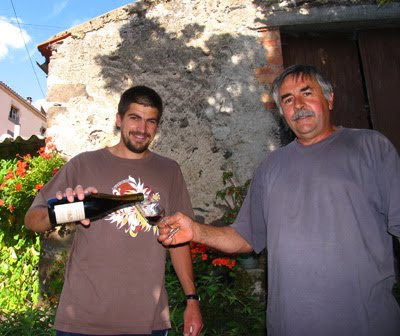 Jacques talked about the reasons for the sharp decline in the fortunes of the Côtes d'Auvergne. To recap in 1895 the départment of the Le Puy-de-Dôme had the third largest area of vines with 44,000 hectares. "It was a combination of factors," explained Jacques. "Certainly it was the arrival of phylloxera but also then the First World War and then the Michelin factory at Clemont Ferrand. Also the better rail connections with the Midi was another factor."