Some new books +new blog on the Languedoc 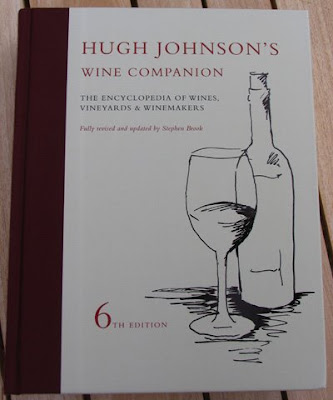 Francis Gimblett: In and Out of Africa – in search of Gérard Depardieu, The Wine Adventurer Press, £7.99


Hugh Johnson’s Wine Companion 6th edition, Mitchell Beazley £40, $US60, 672 pages (publication date: 7th September 2009)
This sixth edition of Hugh’s Wine Companion, which was first published in 1983, has been revised and updated by Stephen Brook. Subtitled The Encylopedia of Wines, Vineyards and Wine revising such a book virtually single-handed in today’s wine world is a huge and daunting undertaking.

When I receive any new book I naturally turn first to the Loire section, assuming that’s relevant – not even I expect to see the Loire covered in a book on Argentina!

So far I have only had time for a quick look through the Loire section and particularly at the selected producers, who are assessed on a scale of one (sound and steady wines) to four stars (exceptionally fine or great quality, consistent over many vintages). The following estates are given four stars for all or part of their production: Coulée de Serrant, Philippe Delesvaux, Château de Fesles, Clos Naudin (Philippe Foreau) and Didier Dagueneau.

Overall I wouldn’t argue with the assessments given to the producers selected, nor the selection itself given that space is, of course, limited. I would, however, have made Clos Rougeard (Les Frères Foucault) a four star producer, especially given their consistently high quality over many years. I noted the comment that Baron Patrick Ladoucette’s ‘Pouilly-Fumé wines are inexplicably expensive, and always have been.

Inevitably there are some minor errors mainly relating to changes in ownership:

Saint-Pourçain is in the process of being promoted from VDQS to AC – awaiting the appropriate Minister to flourish their pen over the document. (I’m sure this news came through after the Companion went to print.)

The Coteaux de l’Aubance AC is for sweet wines only not off-dry whites. The appellation rules require that the grape must should have 230 grams of sugar before any chaptalisation (added sugar) and after fermentation the wine must have a minimum of 11% alcohol and 34 grams of residual sugar. (Quite why producers are still allowed to add sugar when making sweet wine with an AC is completely beyond my understanding but I digress.........)

Muscadet négociant, Marcel Sautejeau, is no longer family run – it has been bought by Castel. Nor is Sauvion et Fils still family owned – bought by Grands Chais de France at the end of 2007.

Château de Fesles is no longer owned by Bernard Germain – it was bought in 2008 by Grands Chai de France. Château de la Roulerie is now owned by Philippe Germain, a son of Bernard.

Raymond Raffault of Domaine du Raifault (Savigny-en-Véron) unfortunately died of cancer a number of years ago and this Chinon estate is now run by Julien Raffault.

Sadly the wines of Château de Chenonceau are no longer made at the château but by Bourgrier. This is a pity not because Bougrier make bad wines but that as vines have been part of the Château de Chenonceau, at least since the time of François 1, and it was one of the first places in Touraine where Chenin Blanc was planted it would be good if the link with the past history was maintained.

Pascal Cotat is based in Sancerre not Chavignol, although the vineyards are in Chavignol. 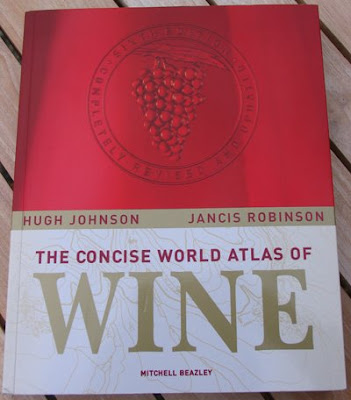 Hugh Johnson and Jancis Robinson: The Concise World Atlas of Wine, Mitchell Beazley £18.99, $US29.99, 352 pages (publication date: 7th September 2009)
This is the first time that Hugh’s famous atlas has appeared in a paperback version. Described as concise, so that this is a more portable version of the full-sized atlas, concision has come at the expense of photos and wine labels rather than the maps and the text.

First published in 1971, the Atlas has long been one of my favourite wine books and I’m sure I will find this new concise edition useful.

A small quibble in the Loire section – Anthony Hwang bought Domaine Huet in 2003 (correct in the Companion) not in 2005 as asserted by the Atlas. I have a rather larger quibble, however, on the assessment of Menetou-Salon – ‘The best can certainly rival the laziest exponents of its neighbour to the east Sancerre.’ This underestimates the quality of the best Menetou-Salon from producers like La Tour Saint-Martin, Henry Pellé, Prieure de Saint-Cérols, Domaine de Chatenoy and others. They are way better than bottles from Sancerre’s ‘laziest exponents’. The sentence seems more to have been written for effect, although, of course, it is always difficult to sum up in the very few words available. 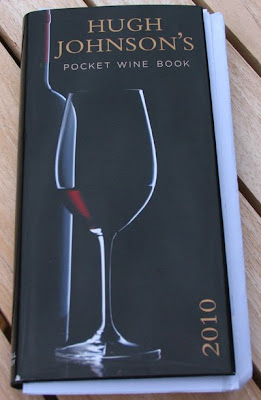 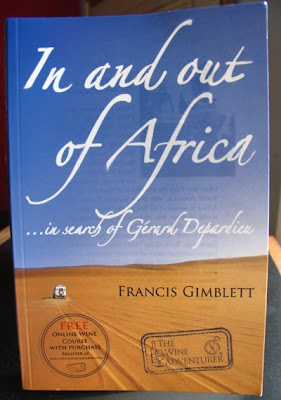 Francis Gimblett: In and Out of Africa – in search of Gérard Depardieu, The Wine Adventurer Press, £7.99
I'm including this self-published travel book to the vineyards of North Africa on the most nebulous of excuses – Gérard Depardieu owns Château de Tigné in the Layon. Not that Francis Gimblett searches for Gérard in the Loire. Instead he was inspired by tasting Gérard's new Moroccan red on a TV programme to set off in a Land Rover to discover the vineyards of North Africa.

The book is an amusing and fun read with a number of one liners, or extended on liners in this case: 'One producer cited global warming as a reason for beginning to make red wine in England; though on tasting his Pinot Noir – the experience not unlike crashing face-first from a bicycle into a patch of nettles ('rather herbaceous', I think he put it). He and his travelllng companion, Philip, get into a number of scrapes, so it is far from a standard wine book.

In and Out of Africa can be bought on-line from http://www.thewineadventurer.com/ 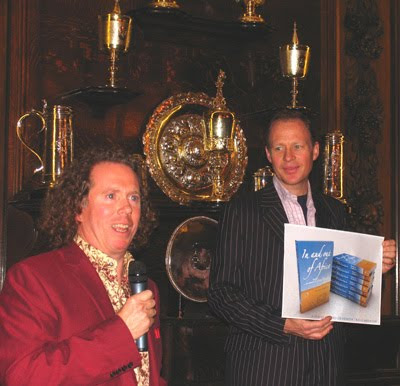 Francis accompanied by Philip held a launch party recently at the Vintners’ Hall in London and bravely put on a tasting of around 50 wines from Tunisia, Morocco and Algeria. Unfortunately the majority rather confirmed the view that North Africa is too hot to make wine that is attractive to drink. The selection from Algeria was particularly poor.

Taste Languedoc blog
Well-known wine writer and author Rosemary George MW has recently launched a blog on the wines of the Languedoc. She has been visiting the Languedoc since 1979 and has a house down there near Pézenas, so you can be assured that the blog will be authoritative. The url is http://www.tastelanguedoc.blogspot.com/