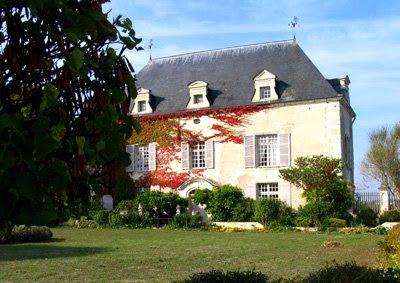 Château de Chaintres
Château de Chaintres is the latest wine producer to fall victim of a long-running scam. Recently they accepted an order for 4000 bottles and sent them to an Eric Thorman (EH) posing as a representative of the long-established and well-respected UK wine importers Thorman Hunt, who have no involvement in the fraud and do not have an employee called Eric Thorman. As is standard in these scams, EH first contacted Château de Chaintres by email. After checking on the internet that importers Thorman Hunt existed, Chaintres agreed to supply 4000 bottles for some €16,000 (£12,534). I’m not clear whether the consignment was sent to Thorman Hunt’s address in London and diverted on the way or whether EH gave another address. Anyway the wine has disappeared and Château de Chaintres has, of course, not been paid. The Metropolitan Police are investigating and Chaintres’ only hope is that the wine is found in some warehouse in the UK – the chances are slim. Some of the previous scams have used addresses in the Tottenham area of London.
Tell tale signs
Producers should always be very wary when they receive a request from a company they don’t know. Eric Thorman’s email had several give-away signs.

1. Thorman Hunt’s letterhead and address had been clearly pasted into the email.
2. Eric Thorman only gave a mobile number starting 0777….
3. He used a hotmail account.
4. It was a general message and not one specifically tailored for the wines of Château de Chaintres.

If you receive one of these emails find the landline of the UK importers and ring to find out if they employ the person who sent the email and whether they are intending to place an order.

Jim’s Loire is aware that a number of French producers throughout France have fallen for this scam, with people posing as employees of a number of UK wine importers as well as pretending to be beverage managers of large, well-known hotels in London. Equally many producers have been rightly suspicious and either contacted the police or ignored the email.

Further stories about this scam:
http://www.wine-spirit.com/articles/66066/Restaurants-warned-of-stolen-wine-racket.aspx?category=308

If you have any information about this scam or think you may have been approached or may be a victim please contact: Paul Cheadle: paul.cheadle@met.police.uk

25th March 2009: NB The email address I was originally given for Paul Cheadles was wrong, I believe that the above is correct.
Posted by Jim's Loire at 14:35

What a disaster for Richard Desouche and his team. Was there any specific vintage involved, that we should be looking out for, Jim? Or do these scams tend to involve re-labeling, or export to another country?

Many thanks for your comments. Delighted you are finding the blog useful. I need to get more details from Richard on what was sent. I don't think there is any relabeling rather it is fenced in the UK.

We are wine producer in Bordeaux. We just received an e-mail from this Eric Thorman.
I send a message to e-mail of Paul Chealde, but message returned not delivered.

Fred. I'm afraid I don't know why the email address did not work.

We were approached yesterday by Eric Thorman...
I just sent the e-mail to Paul Cheadle. The correct e-mail address is paul.cheadle@met.police.uk
Thanks