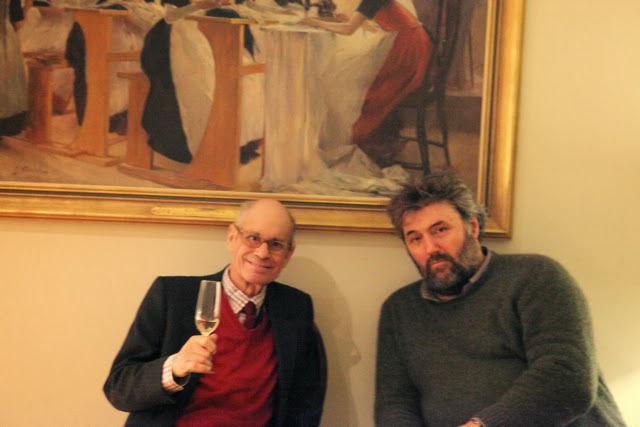 Very sad news that Simon Hoggart died of pancreatic cancer on Sunday. He was 67 and had been ill for three and half years. Simon was a multi-talented writer, observer and wit. Among his many accomplishments, he was the long time parliamentary sketch writer for the Guardian. See obituary here.

Simon was the wine correspondent for the Spectator and joined the Circle of Wine Writers in 2001. He came to the 2013 CWW Christmas party at the beginning of December, although he was clearly far from well.

He will be greatly missed.
Posted by Jim's Loire at 11:37