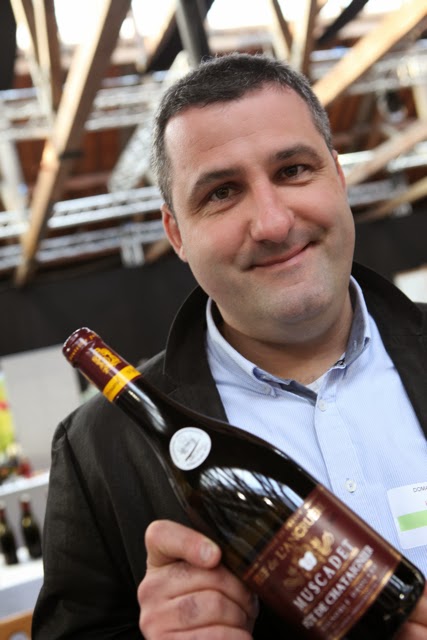 The family Drouard established the Domaine de la Noë in 1878 in the western part of the commune of Château Thebaud. The Drouard family now has 74 hectares of vines – producing Muscadet Sèvre-et-Maine and a number of varietal Val de Loire IGPs in all three colours. I concentrated on tasting the Muscadets.

Pascal told me that, although as for everyone else 2012 had been a short vintage, 2013 was virtually a normal vintage in terms of volume. 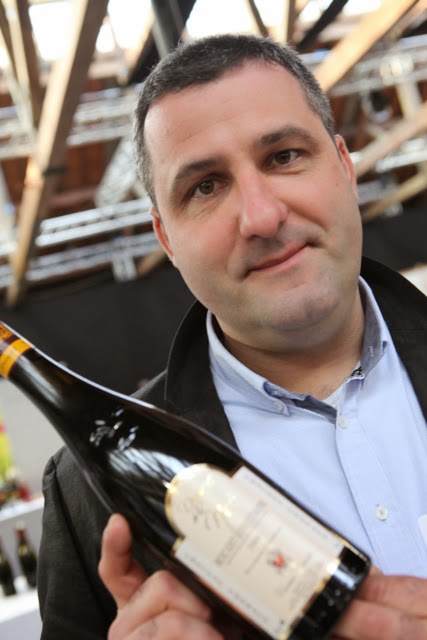 
Pascal's grandfather was a cooper as well as a vigneron. Then barrels in the Pays Nantais, as well as in other parts of the Loire, were made from chestnut. Chestnut has been superceded over the last 30 years or so by oak, partly because chestnut tends to dry out the wine giving some bitter over-tastes but it may also be a question of fashion. To keep the tradition going, and in memory of his grandfather, Pascal uses chestnut barrels on his Fief de l'Ancruere cuvée. I tasted the 2012 which has an attractive texture and a salty, iodine character.

Like many of the other Muscadet producers present Pascal showed his 2008 Granite, which is very much in the spirit of the crus communaux as this spends 63 months sur lie and wasn't bottled until May 2013. This long aging on its lees gives extra weight and complexity.