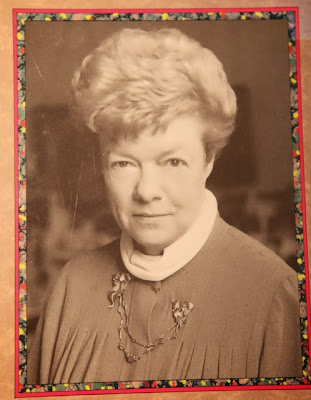 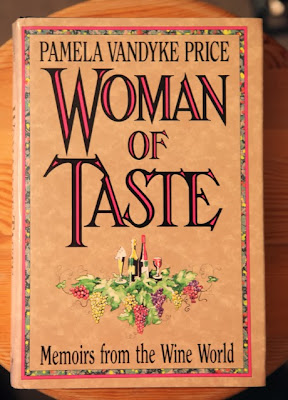 Pamela Vandyke Price died on Sunday (12th January) aged 90 after a long illness. Born in 1923 she was the UK's first serious female wine writer – wine correspondent for The Times and a prolific author of some 30 books including Wines of the Graves, Guide to the Wines of Bordeaux, Guide to the Wines of Champagne and, with Christopher Fielden, Alsace Wines and Spirits.

Her importance is clear from her entry in the Oxford Companion to Wine (Jancis Robinson MW): 'The first woman to write seriously about wine in Britain did more than most to popularize wine after the Second World War. Author of about 30 books on food and wine, she is probably most distinguished as a performer, however, having initially trained as an actress.'

She was president of the Circle of Wine Writers and then our Trustee in Perpetuity. Tragically her husband Alan died very young after only five years of marriage. Her wine career started soon after this. Her success in a then male dominated world may well have have made it easier for the next generation of female writers like Jancis Robinson MW and Jane MacQuitty to come through.

Sadly, although Pamela was undoubtedly the doyenne of UK wine writers she was never La Grande Dame as she found it very difficult to accept that younger writers would come through and in time take over her paid jobs. I'm sure her later life was a financial struggle. She had her favourites and she was very supportive towards me. On the other hand if you were seen as an 'enemy' Pamela could be venomous in her comments and, in some senses, she sadly became her own worst enemy.

Here is a sympathetic profile of Pamela written by Neil Mackwood and published in The Independent in 1997.

Also an appreciation of Pamela by Jancis Robinson MW and includes details of funeral arrangements from CWW member the Reverend Neil Fairlamb, who devoted a lot of time in Pamela's later years to visiting her.
Posted by Jim's Loire at 22:19

A wonderful woman! We enjoyed many happy times chatting with her about our mutual afvourite subject ! " wine"