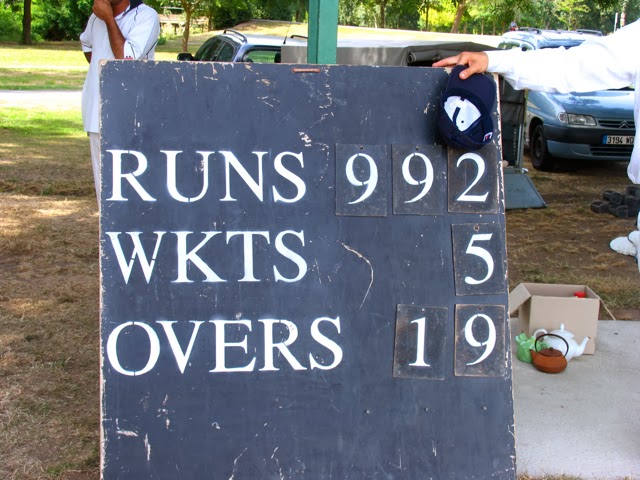 An unlikely score even by Australian standards: 992 runs in just 19 overs!

Back in early August 2005 the producers of Saumur-Champigny organised a brilliant UK press and trade trip (Thursday to Sunday) to coincide with La Grande Tablée (one of the world's largest picnics) and to include a cricket match. One of the leading organisers was Krishna Lester then running Château de Chaintre. The result of the cricket match was a close victory for the UK team. 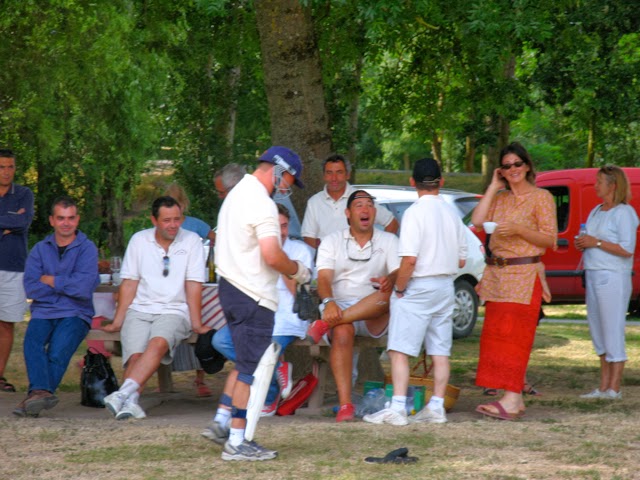 The French team in relaxed mode (above and below) 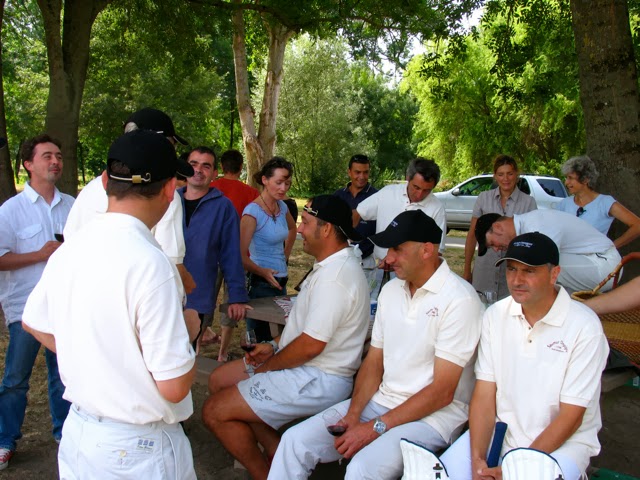 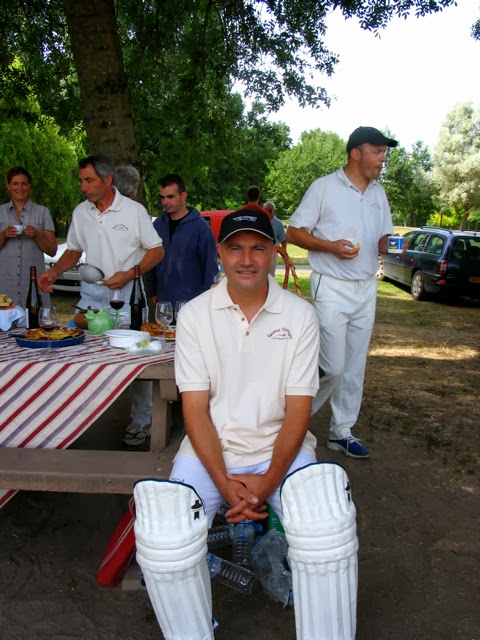 Eric Charruau, Domaine Val-Brun, who proved to be a formidable bat 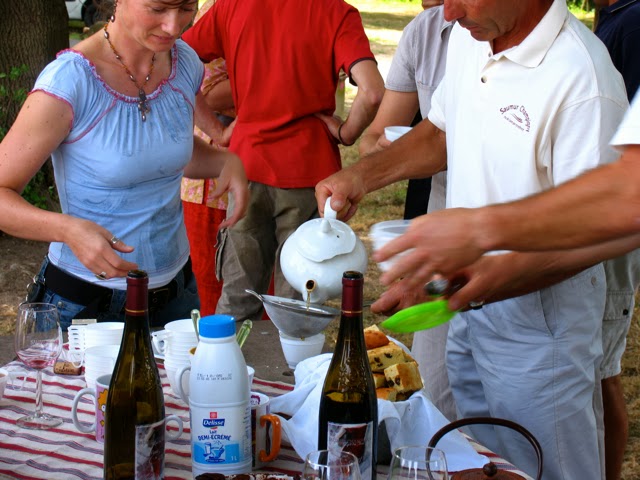 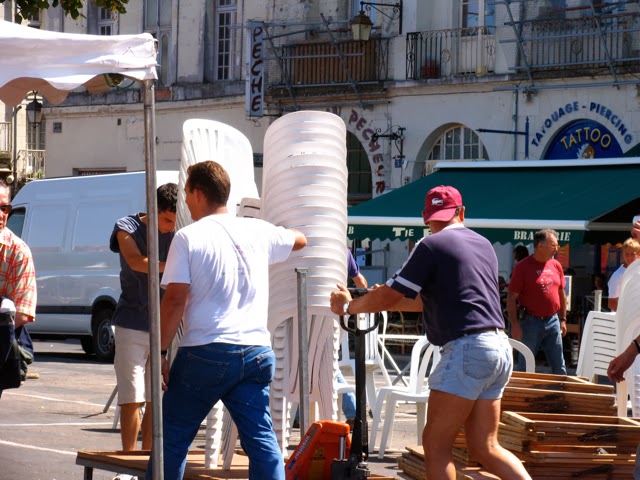 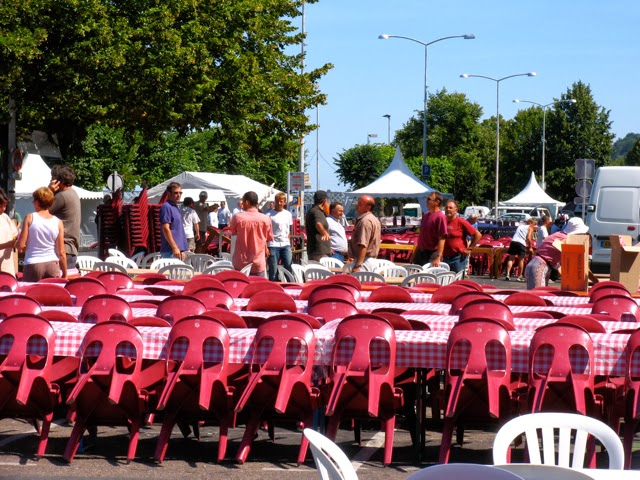 Tables ready for the crowds 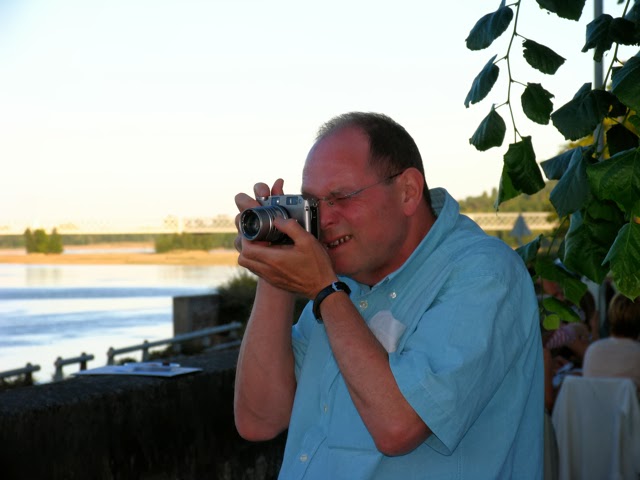 Malcolm Gluck, a UK wine writer, concentrating on a shot 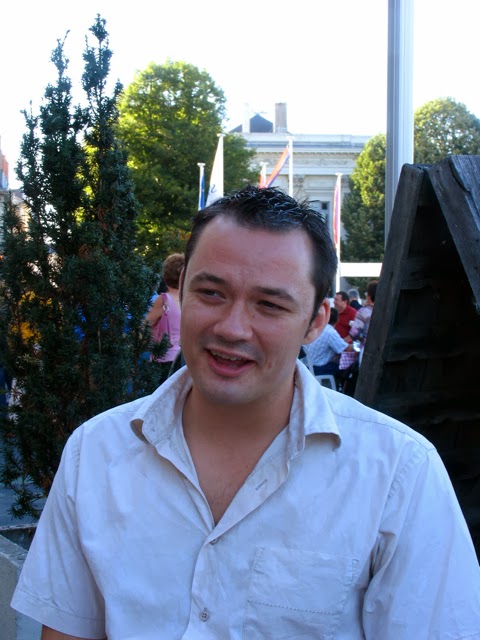 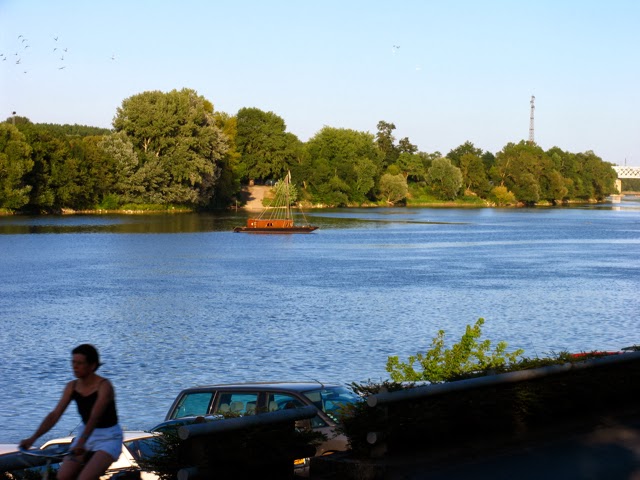 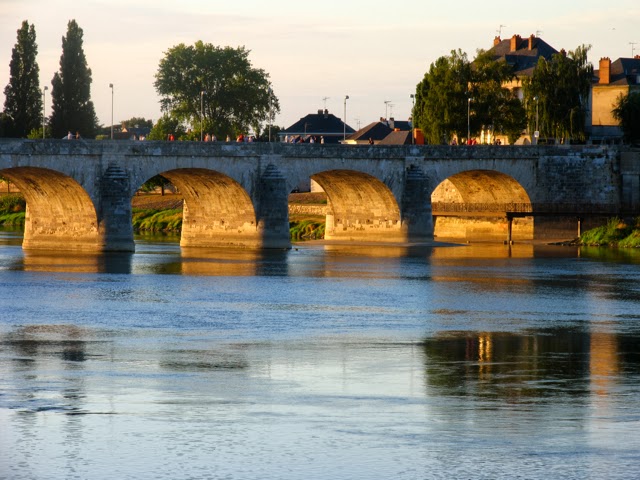 Evening light on bridge@Saumur (above and below) 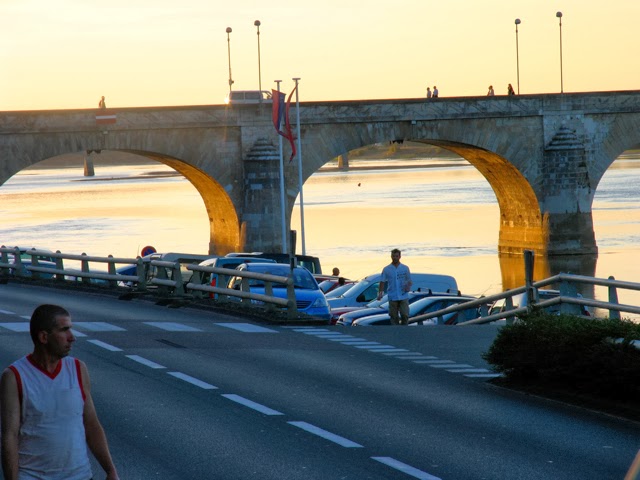 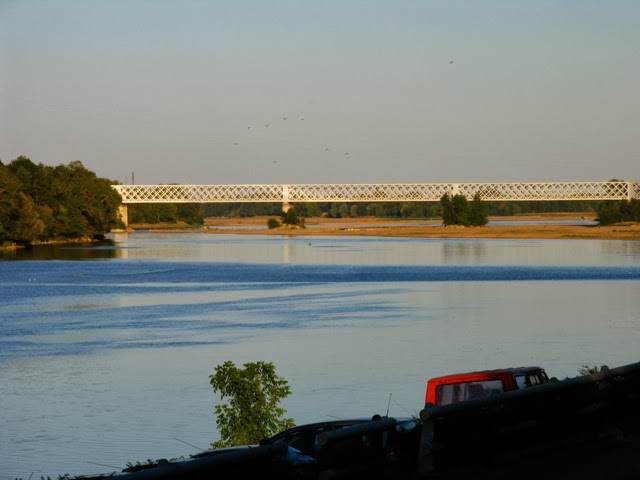 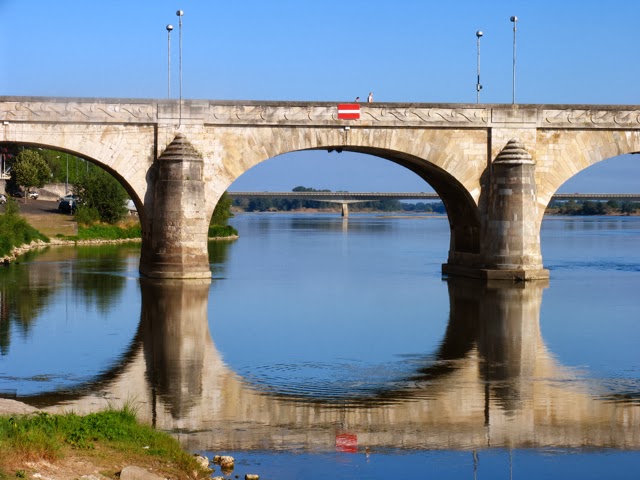 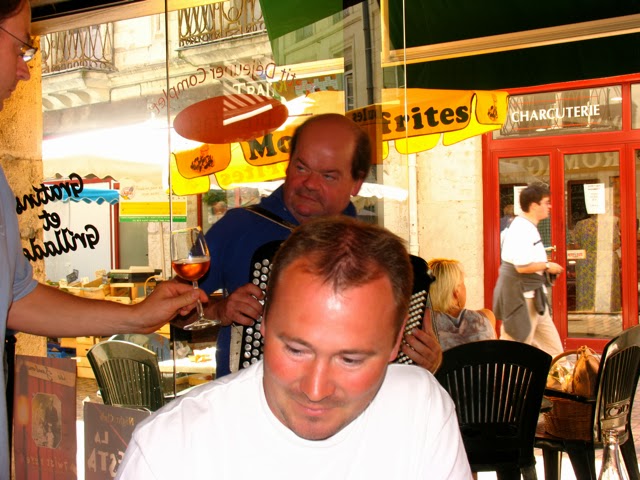