#TDF13: Another fine win by Rui Costa while Chris Froome closes on victory 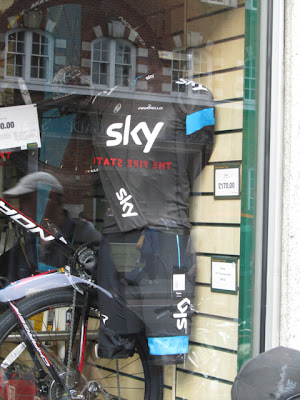 Yesterday was another brutal day in the Alps with 5000 metres of climbing starting with two HC climbs – the Col du Glandon and La Madeleine. Rui Costa took the stage win with a fine solo attack over the final climb Col de Croix-Fry before descending alone into Le Grand Bornand.  This takes Costa's overall stage wins to three.

The stage also featured a fine solo effort by Pierre Rolland to pick up mountain points – he now stands just a point behind Chris Froome in this competition. As there are 50 points on offer at the top of the Semnoz at the end of today's stage so I would be surprised if Rolland manages to win the Polka Dot jersey.

Amongst the GC contenders there were no major attacks, so Froome and Sky had a relatively quiet although tiring day. It is obvious that many of the riders are now very tired.

Only today's short but tough stage (125K) that finishes atop Semnoz after five other climbs stands between Chris Froome and victory. Barring accidents or Chris Froome having a terrible day he should remain in Yellow and ride into Paris as the winner. Apart from the sprinters the ride into Paris is a procession. I suspect that the focus of the GC action will be on the fight for podium places. Only 47 seconds separate places second to fifth. Will Alberto Contador manage to hold onto his second place or will Nairo Quintana take it from him and will Joaquin Rodriguez continue his late surge and grab third place?