Would I recognise a fake, elderly Loire? 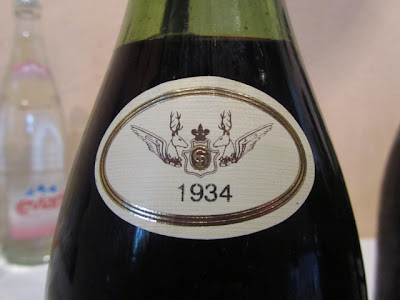 1934 Domaine René Couly, Chinon – neck label and robe
Surely genuine but could I have picked it out had it been fake? 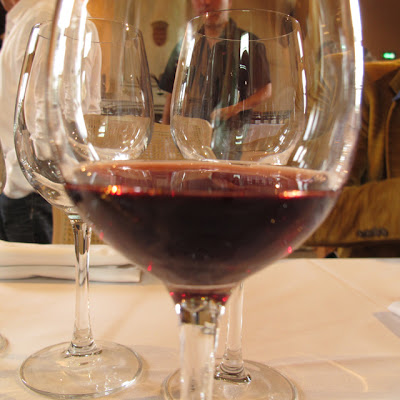 The arrest of Rudy Kurniawan last week by the FBI on counterfeiting charges raises many interesting questions, whether he proves to be guilty or not. Reading Bill Klapp’s comment (below) on Mike Steinberger’s Wine Diarist, I have to ask whether I would recognise a fake elderly Loire wine.
‘Bill Klapp
March 10, 2012
I would add this, however: what is now surfacing explains Rudy’s vaunted generosity. One has to laugh at the fools that are still defending Rudy because they were more-money-than-good-sense types who benefitted from his largesse. Too bad they did not know if and when all those generous pours were fakes. Too bad wine critics rarely know when they are drinking and reporting on fake bottles, especially exceedingly old and rare bottles for which they have no frame of reference but their own egos. One would have thought that something had been learned from the Rodenstock debacle, but apparently not. And the more old wine that one drinks, the more one realizes that it is absolutely true that there are no great wines or great vintages, just great bottles. It seems to me that that phenomenon, along with others, such as the Emperor’s New Clothes nature of wine criticism and the collection and consumption of the old, rare, expensive and point-laden bottles in general, often makes wine fraud an exercise in shooting fish in a (wine) barrel…’
While I might like to think that I could, it is as Klapp suggests very far from certain, especially due to my having little or no terms of reference for some very old Loires.
I should say that I have no reason to believe that I have ever been served or tasted a fake Loire wine. This is partly because unlike Bordeaux or Burgundy there is generally little incentive to counterfeit old Loire wines. Both in regard to the price they fetch and because trophy collectors rarely seek to impress with their selection of rare Loires. Counterfeiting job lots of young Sancerre in China would, of course, be a different matter. More importantly I trust the integrity of the producers who have served old wines and most of the old Loires I have tasted came straight from their cellars and had never been on the secondary market.
I have been privileged to taste a number of very old vintages of sweet Loires, especially from Vouvray but certainly not a sufficient number to be sure to pick out a fake. In May 2004 I had the chance to be at the pre-auction tasting of the Huet wines and tried the stunning 1924 Le Haut-Lieu Moelleux. It could hypothetically have been a ‘fake’. Having never tasted a 1924 Vouvray moelleux before, I had no proper frame of reference and, with the exception of Noël Pinguet, there would have been very few present that evening, who had. Due to some experience it is quite possible that I was less surprised than some at how youthful the 1924 remained.
Equally at the tasting of old Chinon last September, had the 1934 Domaine René Couly been a fake then I would have had no frame of reference to help me spot it since the only other Loire red from the 1930s I had ever encountered was a 1937 Clos Rougeard Saumur (before the advent of the Saumur-Champigny AC) that I drank with Nady Foucault some 10 or more years previously. Like the 1924 Vouvray the 1934 Chinon was remarkably youthful but then well-made Loires of all colours do have an ability to age for a remarkable length of time.
So, yes, I’m sure I could be fooled but trust that the Loire is and will continue to be a fake-free zone! 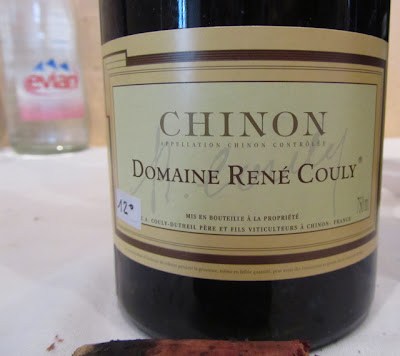 1934 Domaine René Couly – new label as it would have been stored unlabelled
Posted by Jim's Loire at 19:45

A fake wine would have your whiskers trembling, I think.
Or your electric blue shirts turning pink ?

Possibly Luc! What's this about mon-coloured shirts even if they are electric...!