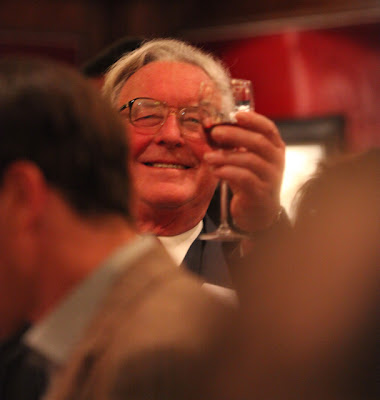 Very sorry to hear that John Avery MW died in his sleep on Friday 23rd May following a heart attack on Wednesday 21st March. I had heard of the attack but it was not until this morning that I was aware he had died on Friday. John was one of the last of the grand old personalities of the old UK wine trade – not that he confined his interest and enthusiasm to the classic areas. He was a pioneer in many regions outside Europe.

I last saw John on the evening of 15th March at the André Simon Memorial Awards at the Goring Hotel in London. He appeared to be in fine form and full of his customary good humour as these two photos show. My condolences to his family.

An obituary and appreciation of John Avery MW by Jancis Robinson MW is here. 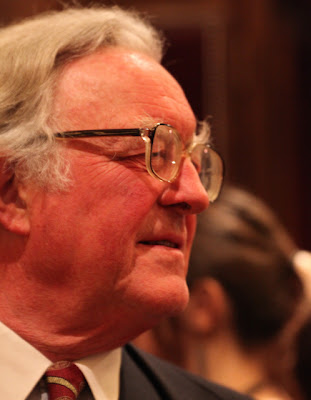 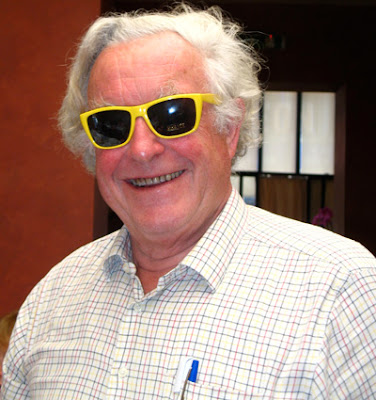 Jim,
Thank you for the photos. John was a good friend who will be dearly missed. Your photos captured his wonderful smile and warm essence. Seeing the photos brought a smile to face.
Pat
Patrick Farrell, MW

Many thanks Patrick. Jim