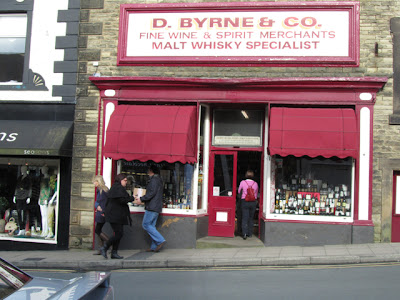 Happy customer leaving D.Bryne's with a box of wine 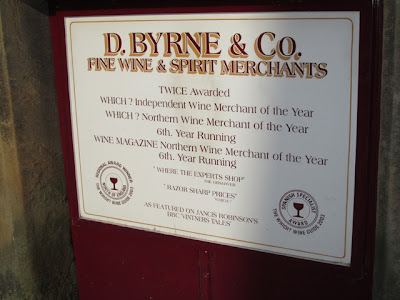 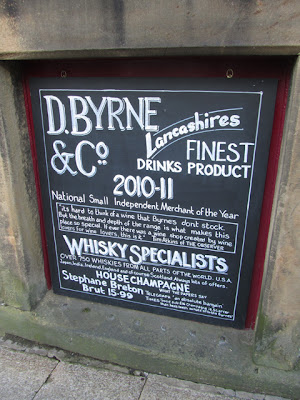 The wine and whisky merchant D. Bryne & Co in the Lancashire town of Clitheroe has a legendary reputation, so it was good today to have at last an opportunity to visit the shop. D. Bryne & Co certainly lived up to expectations. When you first enter the shop it appears quite small even though there are serried ranks of bottles right up to the ceiling. Then you become aware that a short passageway leads to a number of other low-ceilinged rooms – each filled with bottles. And what a range of interesting bottles from all round the world.

Naturally I started with a look at the Loire selection with a number of interesting possibilities including the 2009 Sliex from Domaine Didier Dagueneau at just short of £55 amongst a considerable range of Sancerres and Pouilly-Fumés plus a few Menetou-Salons from Henry Pellé. Also a number of Vouvrays including ones from Huet, Foreau, Champalou as well as some Montlouis from Délétang – a 1987 demi-sec and a 1986.

The 1987 was about £14 and I was briefly tempted to take a punt but decided against but winewise 1987 was not a good vintage – one of those years when there was a wonderful hot Easter but the year went downhill from there. It was the year our group bought the house in Touraine. Anyway went instead for the 1996 Vendange Tardive Montlouis from Berger Frères, attractively priced at £15.99 a bottle. We also picked up a bottle of Luis Pato's 2007 Vinhas Velhas. Fortunately, perhaps, travelling back to London on the train curtailed further spending! 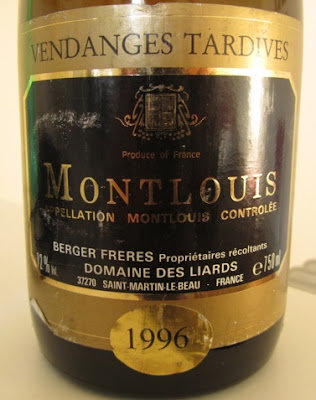 1996 Vendanges Tardives, Montlouis, Berger Frères
Photos inside and out: 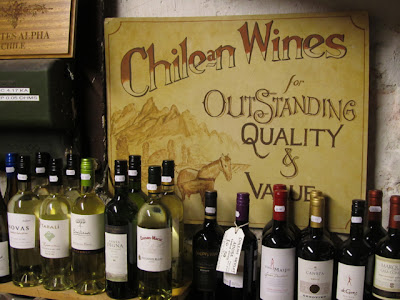 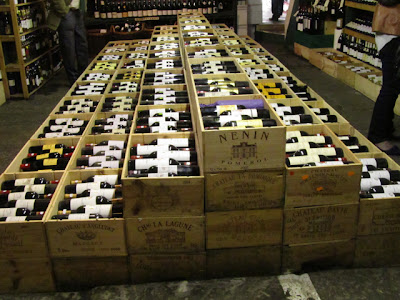 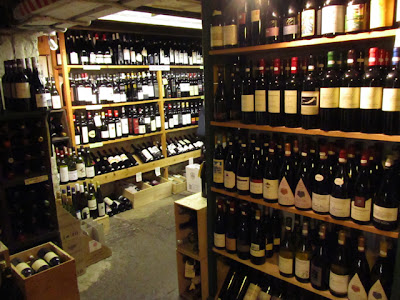 More rooms and stock... (above and below) 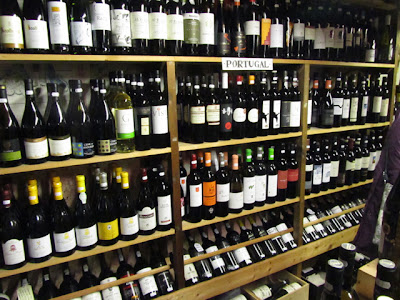 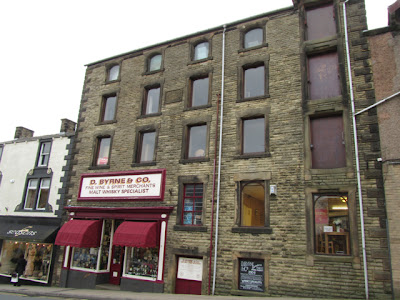 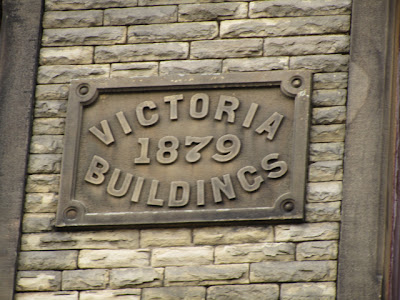 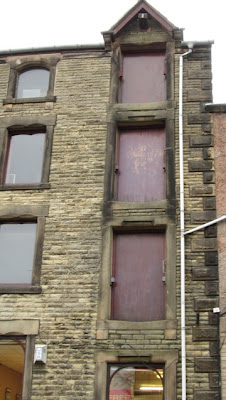 Part of the building 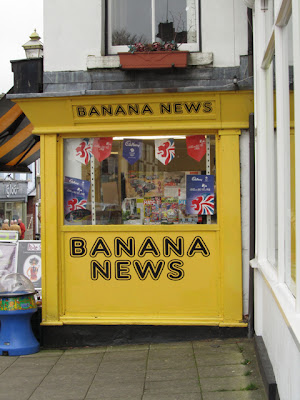 Banana News: Nothing to do with D.Bryne but couldn't resist!