The French, wine and the internet – a couple of thoughts on new survey 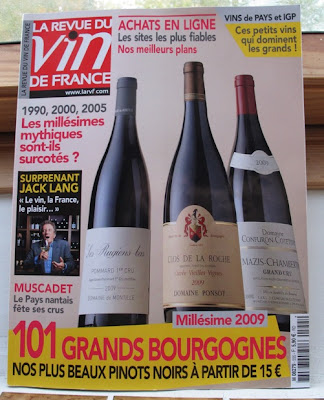 
Baromètre SOWINE/SSI 2012 study
(see details of the study here)
For 'this blogger' the headline news from this study into the French, wine and the internet is that the net is now easily the first source for read/viewed information. At 20% it is far ahead of specialist guides such as the Guide Hachette (8%) and magazines – both general like Figaro Magazine and specialist such as Revue Vin de France or L'amateur de Bordeaux, which each attract only 5% of those surveyed.
There is, of course, more to it than the headline data. There are a multitude of internet sites, especially blogs on wine, in comparison to just a few specialist wine magazine titles. This is likely to mean that a specialist wine magazine will still have a greater readership than an individual blog or website and have greater impact. Also most printed media now also have their own website as is the case with La Revue du Vin de France, so they may well also count within the 20% who use the net as a source of wine information.
The figures certainly illustrate the general decline in the circulation of the print media that can be seen not just in France but elsewhere. In the UK the sales of national newspapers have declined significantly over the last 5-10 years.
The other finding that caught my attention is the marked fall in the popularity of on-line wine merchants such as 1855.com and vin-malin. Since their popularity has dropped by 25% since 2010 – from 40% then to 30% now – it is tempting to think that the scandalous failure of 1855 to deliver en primeurs ordered to its customers has a more general effect than to just besmirch is own reputation. Although this may well be the case, again it is not the whole picture as the survey shows the growing popularity of 'sites de ventes privées' such as vente-privée.com and 1jour1vin.com, who either offer sales direct from the producer or bin-end sales. Also 1855 has its own section offering ventes privées. The popularity of these sites has jumped from 40% in 2010 to 50% now. 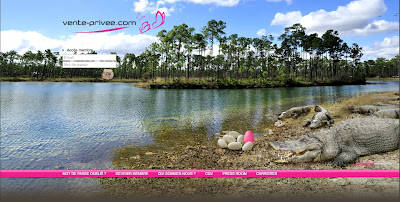 vente-privee.com
It's encouraging and, perhaps not surprising, that the most popular option for the small percentage (only 12%) who do order wine through the net is to buy direct from producers – 57%. Internet wine sales from supermarkets remain small.

Interesting blog. You can't beat France for beauty in all sorts of places. http://caroleschatter.blogspot.co.nz/2011/11/saint-ceneri-le-gerai.html