Another problem with cork 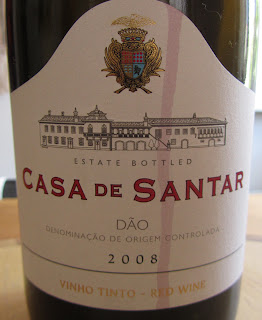 2008 Casa de Santar, Dão
On the way out to Lisbon I have a brief chat with Fiona Beckett, the Guardian's wine correspondent who was also headed out to Lisbon but not on the same flight. Fiona was on a cork press trip, which doubtless aims to convince those on the trip that cork is the best closure for wine, that the problem of TCA has been solved and that if we don't continue to use cork it will be an ecological disaster as the native lynx, llamas, red squirrels and probably the real Loch Ness monster will be driven to extinction if the cork forests cease to be. I'm sure that Fiona will recognise this clap-trap for what it is.
I arrived in Lisbon in time to pop down to the local supermarket to buy a few things for dinner including of course some wine. Unfortunately when I came to try to open the bottle of 2008 Casa de Santar it was impossible to move the extraordinarily tight cork. Worried that if I tried too hard that I would break the top of the bottle, I started to cut small sections out of the top of the cork until eventually I was able to ease the cork out with a corkscrew.
Although it was worth effort as the 2008 Casa de Santar has very attractive round herbal fruit, it would have been much easier if it had been closed with a screwcap. 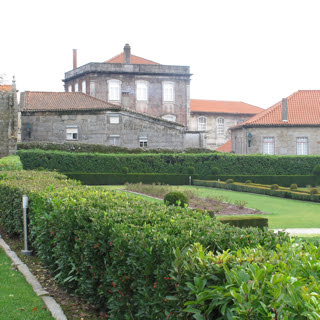 Casa de Santar – Dão
See here David Cobbold's polemic against the PR tactics used by the cork industry that he posted on Les 5 du Vin on Monday.
Posted by Jim's Loire at 22:31

Good point Jim. This is often overlooked, but if we were going the reverse way from screwcap to cork I don't thiink it would get much traction. A system that needs a specialised tool to open a drink, frequently with some dificulty, just wouldn't catch on. You were obviously very thirsty!

Hi Matt. Indeed I was after a flight from London and it being after 9pm and I wasn't going to go back to the supermarket. Tight corks appears to be a particular problem in Portugal.