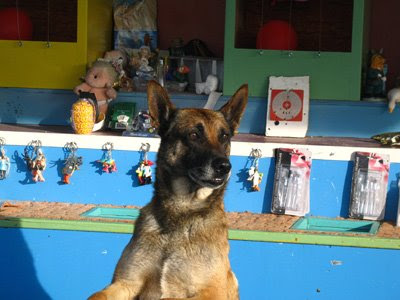 Dog in charge of the shooting gallery 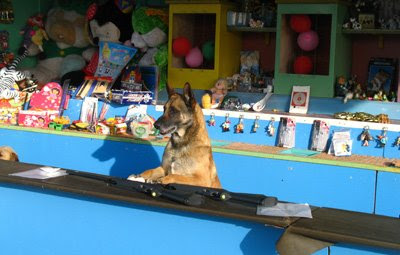 Dropped over to Luzillé (five kilometres west-ish of Epeigné) last evening to catch the last of the féte’s activities and have something to eat. The weather hadn’t been particularly kind, it was Mothers’ Day and the fête goes on the whole day, so things were winding down. We did see one of the log sawing competitions. Looked decidedly hard work if you weren’t in training. 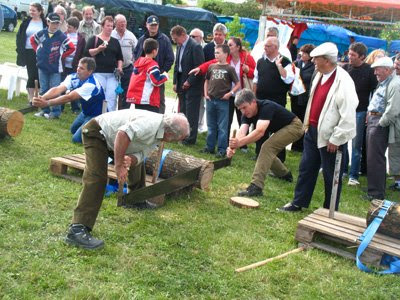 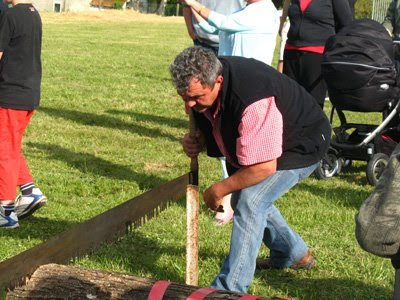 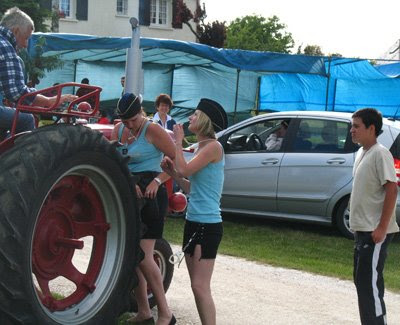 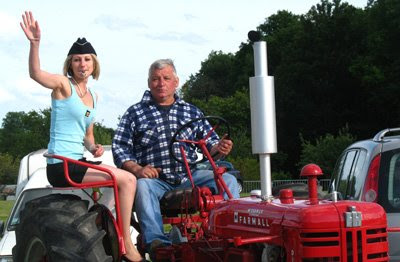 After a few beers we went into Luzillé's Salle des Fêtes to eat. As I was with some members of the Epeigné-les-Bois comité des fêtes, there was keen interest in the party in the quality and price of the food being offered here.

As far as rapport-qualité-prix (value) was concerned there was no contest with Epeigné as the runaway winner. The meal at Luzillé cost €13 – giving you a choice between frogs’ legs with a garlic sauce and frites and entrecôte frites, cheese and a choc-ice. Any wine was extra. In contrast at Epeigné’s fête country the €11 menu gave you a glass of kir, potato salad with smoked sausage as an entrée, chilli-con-carne or spare ribs (€1 euro supplement for entrecôte) – all served with frites – followed by cheese and dessert plus a bottle of wine between 4 and coffee. Pas photo!

We bought a bottle each (€5 a pop) of the 2005 Touraine Cabernet 2005 and the 2006 Côt, Les Maitres Vignerons (cave co-op de Francueil). The Cabernet was drinking well, while the Côt was OK but anonymous. Both were leagues better than the rough and mean cubitainer Cabernet (also Francueil) being sold on the buvette stand outside. 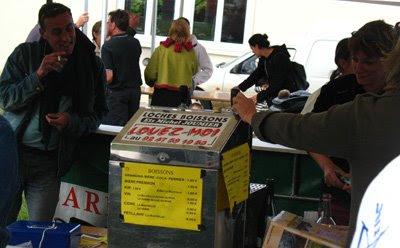