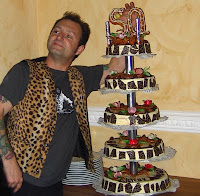 Premier garagiste Mark Robertson reports:
The first historical reference to the celebration of primeur wines in Touraine was in the 4th century. The methods of making a primeur from Gamay grapes developed in the 19th century and Touraine Primeur got its AOC status in 1979. This year there were festivities in Tours (20th November) Amboise (21st) and Montrichard (22nd).

Until 2005 the Tours Primeur Fête was on a much grander scale with many vignerons offering primeur for sale by the glass, unfortunately due to a number of alcohol related incidents this was stopped and from 2006 wines can only be sold by the (closed) bottle during shop hours. As a result the festivities have been massively scaled back. In 2008 with the later harvest and reduced yield there seemed to be less primeur wines available. 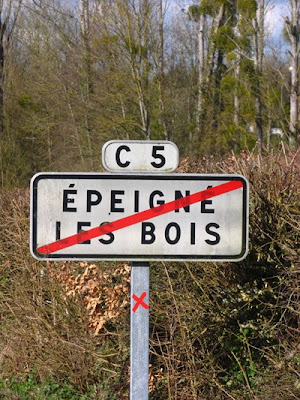 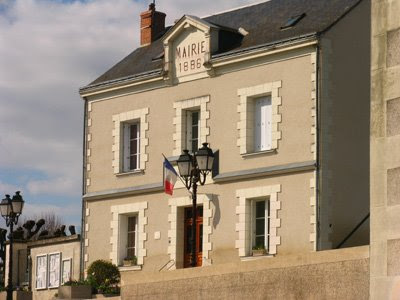 Mairie@Epeigné-les-Bois
This year eight primeur wines were tasted blind and the panel of 11 judges awarded marks from 1 ("Bof") to 5 ("Extra"). Amongst the wines there were 3 or 4 good examples of a quaffable silky Gamay with a pronounced nose of red fruits and not too much of the dreaded banana. The winning two wines in the Epeigné judging were in first place Vincent Guichard of Amboise and in second the Lycee Viticole, also of Amboise. Interestingly the decision was a reverse of the result at the official Concours where these two wines were awarded silver and gold respectively. There were several appalling wines including number 5 (name withheld) which looked and tasted like weak Ribena. 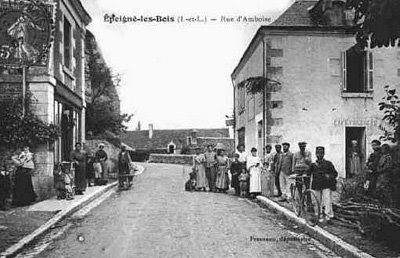 Epeigné@the beginning of the 20th century
Following the tasting the weary judges enjoyed a feast of homemade rillettes and paté followed by lapin au riesling. The remains of the good wines were quaffed but number 5 stood untouched for the rest of the evening.

For more information on Touraine Primeur:
www.touraineprimeur.fr/saviez-vous.aspx
Amazing that 500,000 bottles are sold in three weeks.
Posted by Jim's Loire at 16:51