London Jazz Festival and the RSJ

Went to a great concert at the Queen Elizabeth Hall on London’s South Bank last night. Part of the London Jazz Festival, it starred Joanna McGregor, the amazing Dhafer Youssef, Satoshi Takeishi and the Britten Sinfonia. Dhafer’s voice and range were particularly amazing. 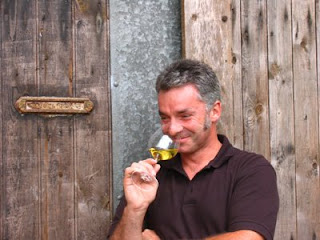 Stéphane Cossais: August 2008
Afterwards we headed off for a couple of courses at the nearby RSJ Restaurant, where I do some consultancy mainly running the tastings and going to the Loire on buying trips. We started with a bottle of Stéphane Cossais 2005 Le Volagré Montlouis – a delicious combination of richness and minerality with a trace of vanilla showing initially. We also enjoyed the quite gamy, sous-bois 2005 Les Mines Saint-Nicolas-de-Bourgueil from Yannick Amirault. The RSJ kitchen was certainly on-form: my salmon fishcakes followed by duck confit were very good. 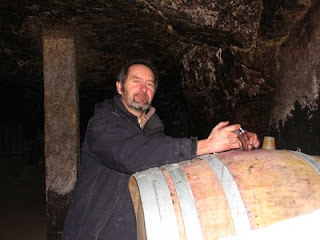 Glad to see you enjoyed our concert on Friday - I hope you feel inspired to come to some more Britten Sinfonia concerts - details are at our website www.brittensinfonia.com

Many thanks Frances and thanks for the link.