A quick phone call this afternoon to Noël Pinguet to catch up on how the vintage has been for him in both Vouvray and Tokaji*.

1999 Clos du Bourg demi-sec:
very early teens. Showing well
August 2008
Noël: “2008 is a small harvest for us in Vouvray – only 23/24 hl/ha. There weren’t many potential grapes to begin with and then, in May, we suffered badly from mildew. Acidity levels are quite high – between 6-8 grams per litre. The majority of our wine will be demi-sec, with a little bit of sec but no moelleux. I’m reminded of 1998 and 2002, although in 2002 we made moelleux. The sec wines will probably have around 10 grams of residual, while the demi-sec will be between 20-25 gms.” 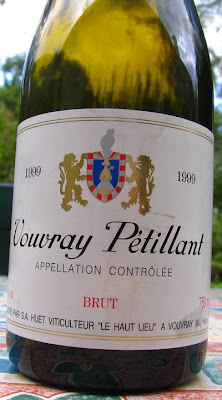 1999 Huet Pétillant
Recently Noël was in Hungary for the end of the harvest in Tokaji and there things were more positive. Noël also revealed their biodynamic plans in Tokaji. 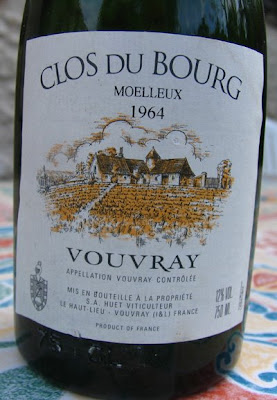 1964 Clos du Bourg Moelleux
Fine - like early 20s – August 2008
Noël: ‘Tokaji has had a good harvest – good grape quality and maturity. The whole range will be made: sec, demi-sec and aszu. Furthermore the volume is normal. Next year seven hectares will be converting to biodynamics. We’ll see how it goes before deciding to convert the rest of the estate. It is certainly the first estate in Tokaji to use biodynamics and may well be the first in Hungary.” How quickly the rest of Kiralyudvar will be converted to biodynamics is likley to depend in part on how the team there adapt to a new way of working.

(*Historical note: Following Gaston Huet’s death in 2002, the Huet family sold out in 2003 to Anthony Hwang, who took a controlling share, with 20% held by Noël Pinguet. Prior to the sale Noël had no share in the domaine, although he has been involved since 1976. The Kiralyudvar estate in Tokaji was revived in 1997 as a joint-venture between Istvan Szepsy and Anthony Hwang. The estate is at Tarcal, some nine kilometres west of the town of Tokaj. Szepsy is no longer involved and Noël now manages Kiralyudvar with Zoltán Demeter acting as technical director and executive winemaker.)

Jim, Istvan Szepsy is no longer involved in Kiralyudvar, he left in 2006 (or early 2007). Hwang works now with Zoltan Demeter, another great Tokaji winemaker.

Andrzej: many thanks for this update. I have amended the entry accordingly.