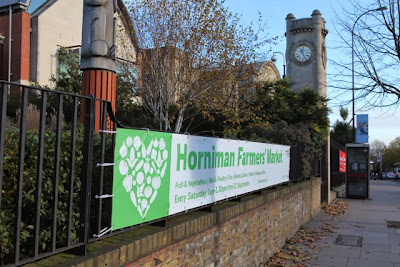 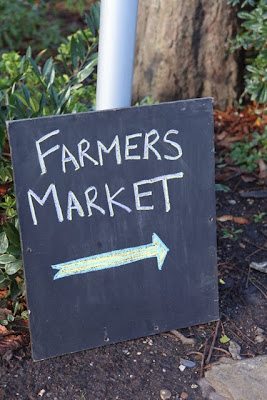 Forest Hill (London SE23) has long been a rather overlooked and little-known part of South London. Although parts of Forest Hill overlook East Dulwich it has been in the shadow of SE22 in terms of popularity for years. After all, in 1973 it was in East Dulwich not Forest Hill that future 3-star Michelin chef Nico Ladenis chose to open his first restaurant – Chez Nico. As it was, East Dulwich in the early 70s was a pretty unlikely spot for Nico.

Over the past few years Forest Hill has started to awaken from its slumbers helped by the arrival of the Overground, which has greatly improved connections with Central and East London, although the rail connections were already not bad. We are now seeing more fashionable food shops open including AGA's Little Deli, the Butchery and a place selling crèpes etc.  Not forgetting the reopening of the completely renovated and expanded Victorian Forest Hill Baths and leisure complex in September 2012.

House prices here are also on the rise.

The latest sign is an expanded 'Farmers' Market' in the recently renovated Horniman Gardens on a Saturday morning, which is already more exciting than the small market that used to be held in the car park of Forest Hill Station.The market is running until 21st December and then apparently will be back in the New Year. 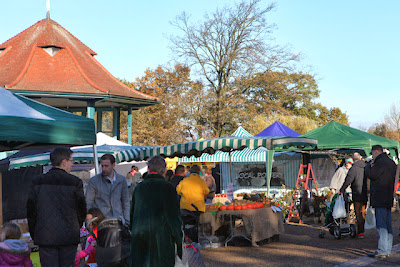 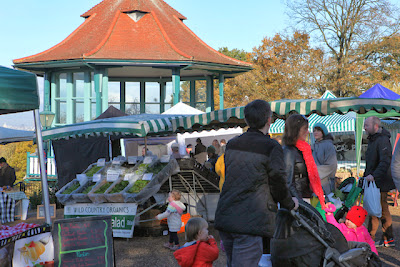 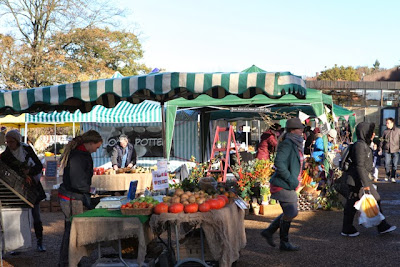 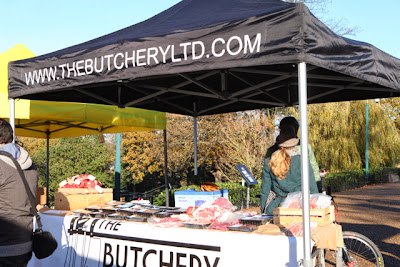 The Butchery also have a shop in Forest Hill 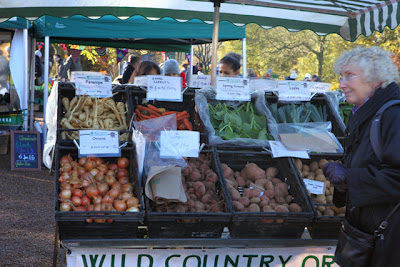 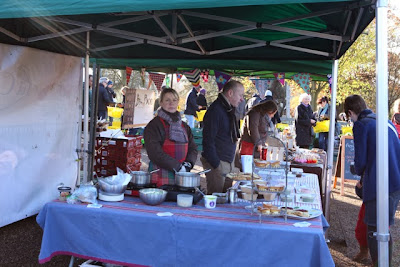 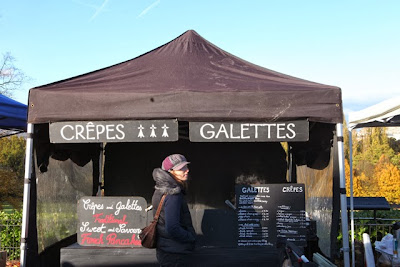 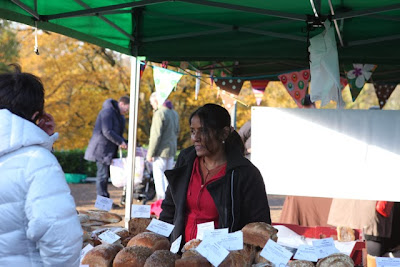 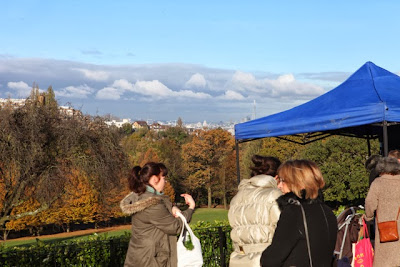 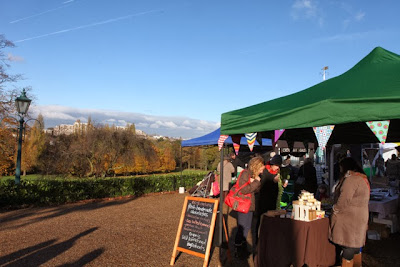 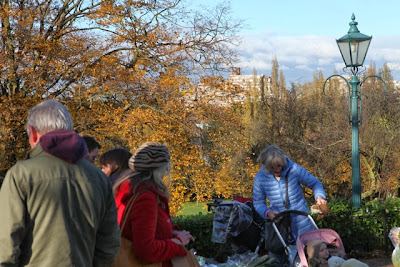 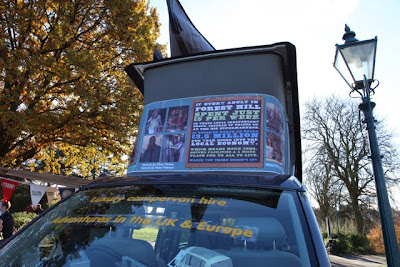 
Campaign trying to persuade people to use their local SE23 shops: 'if every adult spent £5 a week in local shops in Forest Hill rather than in supermarkets or on-line that would bring in £3.5 million to the local economy'.

Who are we, Jim, to think a penny spent at a real merchant – food or otherwise – is better for mankind than the same amount given to a supermarket? We don’t always share the same values - there’s no need to “unicity”. Still you, and others (Pousson, Berthomeau, Lalau, Boireau ...) all living in large towns and not necessarily sharing the same political back-ground nor philosophical believes make me happy. Art, creation, friendship, love, food, “fat-bellyness”, poetry, jazz and other music .... “love” (why not?) are not out of this world.
We shall overcome. But I will be long time dead !

Luc – who are we to say anything?!
The reality is that even in these straightened times I spend more than £5 a week on food. I do use our local shops but I also use our local supermarket – a branch of a large national company. As in the vines I welcome diversity/bio-diversity.