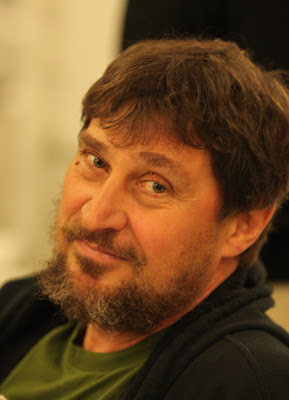 I'm very shocked and saddened to hear of the sudden death of Christian Chaussard of Domaine le Briseau in Marçon making Jasnières and Coteaux du Loir. I gather that Christian was killed in a tractor accident. Apparently he also was in the advanced stage of cancer.

I first met Christian, who I believe was born in 1954, some 20 years ago when he was making wine in Vouvray and teaching at the Lycée Viticole in Amboise. Christian was already of proponent of what we now call 'natural' wine. I lost touch with him when he left the Loire but met up with Christian again when he returned to the Loire with his new partner, Natalie Gaubichet, whom he met on his travels. Rather than returning to La Loire they settled in Le Loir still with Chenin Blanc but now also with Pineau d'Aunis.

I last saw Christian at The Real Wine Fair in London in May. His 2010 Kharakter, (Jasnières) was wonderful with a touch of honey and a marvellously austere finish. Christian seemed happy, on very good form and generously insisted that if we were in Le Loir we should go and stay with them. I had planned to drop in to see Christian in early October to see what progress there was with the 2012 vintage. Very sadly this was not to be.

I didn't go to see Christian as often as I should have done and would have liked to do but I will remember a visit to his cellar in early August 2008. I will also remember Christian's generosity of spirit, his gentleness but with strong convictions and beliefs as well as his and Natalie's wines. Christian is one of the producers who has made Jasnières and Coteaux du Loir some of the most dynamic appellations the Loire Valley. A very sad day – my thoughts and condolences go to Natalie.

Profile of Christian by Bertrand Celce. 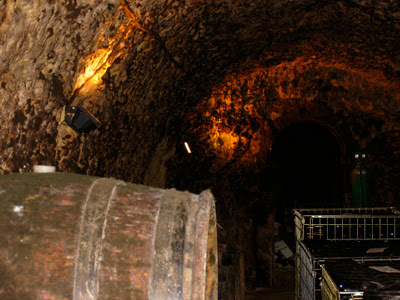