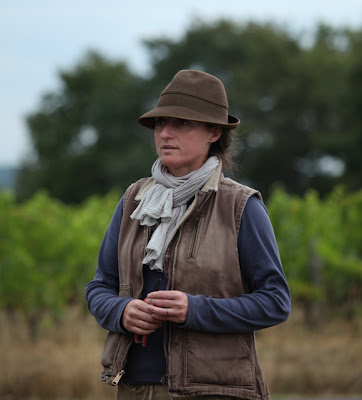 This afternoon we headed down to Pouillé to see how the vendange was coming along. We soon came across Noëlla Morantin, Laurent Saillard and their small team of pickers in a parcel of vines bought from Junko Ara last year. As elsewhere yields are tiny this year with significant problems of mildew compounding the other afflictions that this year has thrown at the vignerons. Today Noëlla was expecting to harvest three hectares by hand as there are so few grapes – normally with her team they manage one hectare a day. Because of the small crop, alcohol levels are tending to be high – between 13% and 13.5% for the Sauvignon.

Ironically, after all the rain between April and July, it is now desperately dry and  the vignerons really could do with the little rain just to swell the grapes, give them some juice and reduce the acidity, which is still high. According to Thierry Delaunay the level is between 5.5 and 6.5. He expects to start picking next week.

The weather station at Tours has recorded just 11mm of rain since the beginning of August: 8.8mm in August and 2.2mm in September to Thursday 20th. It has finally rained today, so these figures will have to be updated. The forecast over the next week is much less settled than it has been recently. Although the grapes could do with a little rain, they won't want a prolonged deluge! 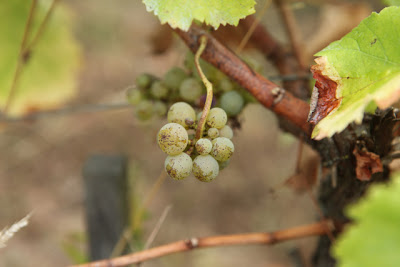 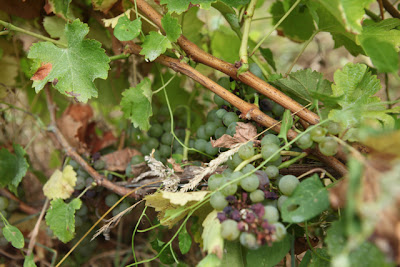 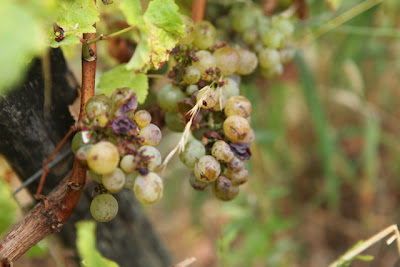 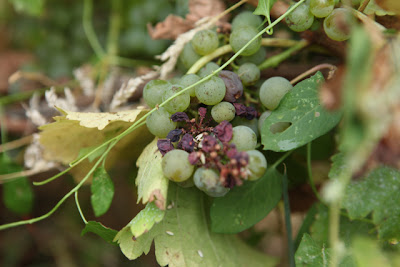 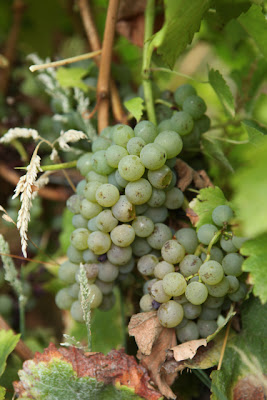 A more generous bunch (above and below) 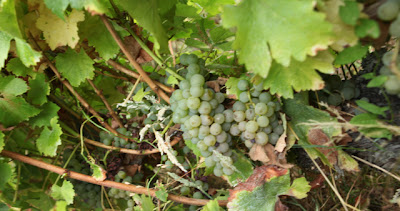 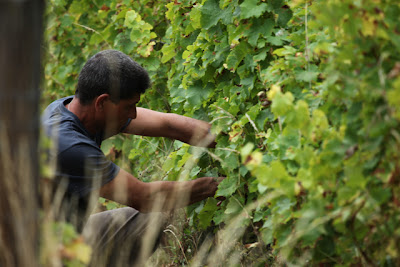 The search for grapes is on... 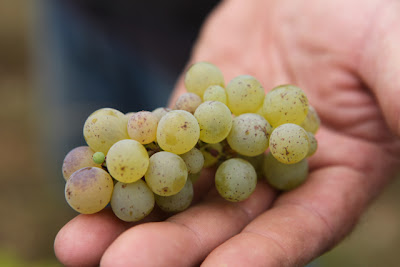 Laurent finds some ... (above and below) 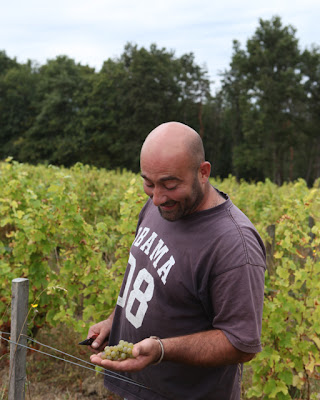 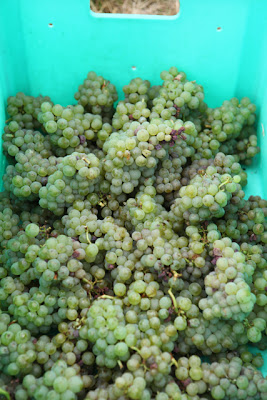 Half an afternoon's work for Laurent!