1855: what would Jean-Pierre Meyers say if L'Oréal was run like this? 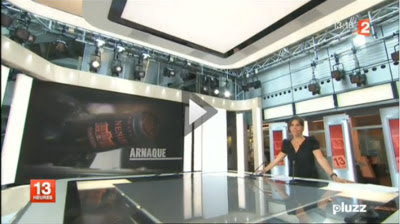 
Yet another all too common story here in Nord éclair of a customer, William Alan Chapman living in Buisson in the Vaucluse, who ordered two cases of 2008 en primeur from 1855 in may 2012. To date he has received nothing despite successfully taking the company to court. 1855 has been ordered to pay 3468€ to Chapman. However, when the bailiff was sent in to collect, 1855 said they had no money in their account and proposed to pay the sum by instalments!

A round up here on decanter.com of pressure building on 1855.

Article in New York Times on L'Oréal, the Bettencourts especially Jean-Victor Bettencourt, son of Jean-Pierre Meyers and Françoise Bettencourt, who has recently joined the L'Oréal board.
Posted by Jim's Loire at 10:26

« Parce que je le vaux bien ... » used to be L’Oréal’s slogan in TV spots. We all remember gorgeous Claudia Schiffer shaking her blonde head of hair while pronouncing it.
Because I’m worthy of it .....
Could 1855’s motto not be: “Parce que je ne vaux rien .....” ?