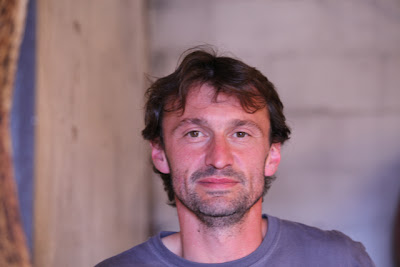 Olivier Lemasson
On the afternoon of Saturday 7th may we headed across to Fougères-sur-Bièvre to the portes ouvertes held by Olivier Lemasson (Les Vins Contés), which featured a few other vignerons in addition to Olivier. 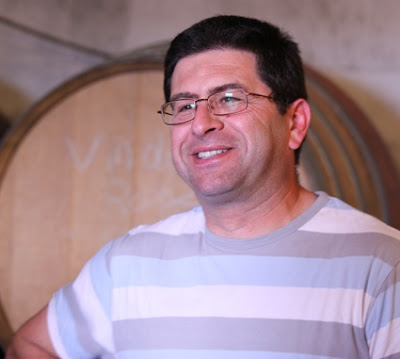 
I started with Pascal Potaire, who we had intended to see a couple of weeks earlier when he was at an open day in Cheverny with Philippe Tessier, when our car developed a radiator problem and so forced us to creep back to Epeigné instead.

My favourite wine from Pascal was the agreeable and easy-drinking 2010 Rosé PetNat, a blend of 2/3 Côt and 1/3 Gamay. With red fruits to the fore it will make a fine summer apéro. The 2009 Orbois Menu Pineau is quite soft and weighty but mineral in the finish. Pascal makes good Menu Pineau, which are often more mineral and austere than the 2009 but this reflects the richer nature of the vintage. They age well. The 2008 Vignnason Sauvignon Blanc has some varietal character and length but I found the other two wines he was showing more interesting. 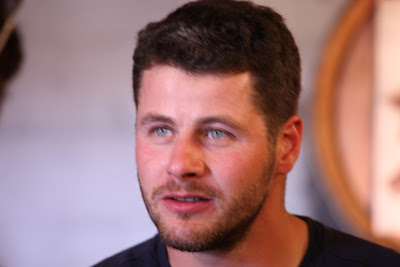 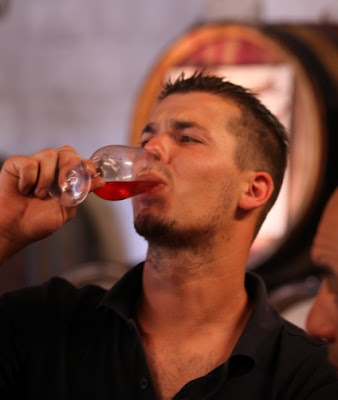 The owner of Jérémy Quastana, who has two hectares in Touraine, was showing of a couple of wines from his first vintage. Firstly 2010 Buena Onda, a fun, clean, lightly sweet PetNat Rosé made from Gamay. Then a juicy, concentrated, still Gamay called L'insurgé with fair length. 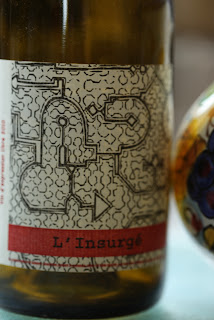 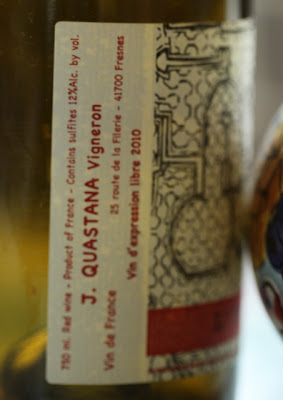 Olivier Lemasson has three hectares of his own vines in Monthou-sur-Bièvre and buys in grapes from a further six hectares. We started with the attractively ripe 2010 Sois Mignon made from 70 year old Sauvignon Blanc vines. Then onto the clean and precise 2010 bOis saNs sOif that is an equal blend of Menu Pineau and Romorantin, which should keep well. The funky but spicy and juicy 2010 Le P'tit Rouquin (Gamay from 20 year old vines) was the first red. 2010 Poivre et sel followed showing the typical spicy notes of a Pineau d'Aunis. R10 is a blend of Gamay, Pinot Noir, Grolleau, Pineau d'Aunis and Côt with attractive, sweet spicy fruit and good length although with slightly grainy tannins – it has 40 days of macération.
2010 Gama Sutra is all Gamay from 100 year old vines with ripe concentration and length. I finished with the fine, rich and long 2009 Cheville de Fer – Côt from vines between 20 and 50 years old. It spends a year in demi-muids (barrels normally of 500/600 litre size). This cuvée should age well. 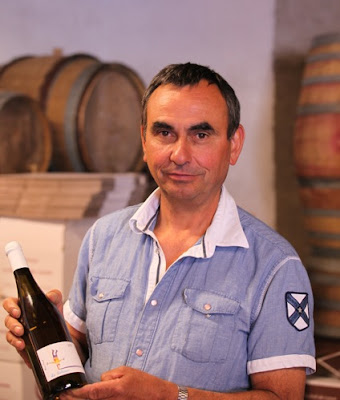 Marc Pesnot
The last producer was Marc Pesnot of the Domaine de la Sénéchalière in the Pays Nantais. Marc is careful to stress that although he uses Melon de Bourgogne he doesn't make Muscadet. "In 2001 I decided to take another route from Muscadet," he explains. The first wine was the 2010 La Bohême, which has some slight oxidation and sweetness. I liked the second wine much better: the 2010 Cuvée Miss Terre from old vine Melon, which has good concentration, minerality and length. Unusually Nuitage is made by treating the Melon grapes as though it was a typical Beaujolas as it has a 12-hour carbonic maceration. "To liberate the grapes' perfume," explains Marc. The 2009 has touch of white flower and is certainly very different from a traditional Muscadet. Fascinating character and wines worth exploring further, Marc is someone I need to see when I'm next in the Pays Nantais. 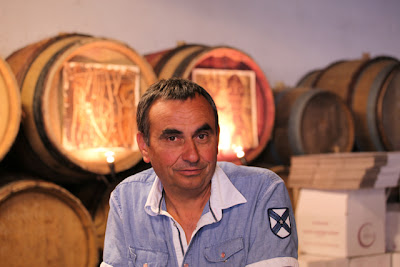 2010 Cuvée Miss Terre from old vine Melon, that would be of much interest for sure!