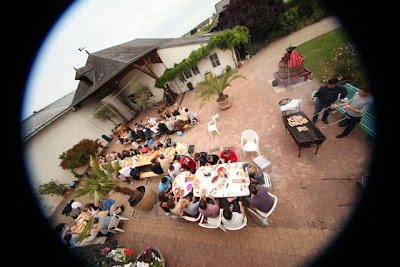 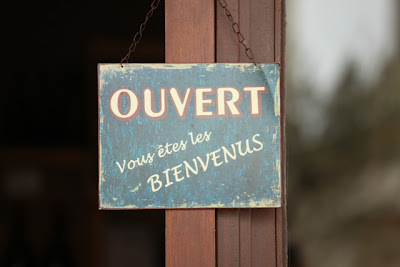 Yesterday we went to the open picnic organised by Frédéric and Natalie Mabileau at their domaine in Saint-Nicolas-de-Bourgueil under the aegis of Les Vignerons Independants. It was a very friendly and convivial occasion with people soon sharing their picnics.
We tasted the range of Frédéric's 2009 and 2010 and heard about the problem that Frédéric has had over the new 500-litre barrels supplied by Vicard. The company used a new computer controlled system for burning the barrels with the result that instead of a medium toast they were heavily charred and toasted. Apparently despite assurances that all would be OK the barrels have given Frédéric's 2009 Eclipse, his top wine, a heavily charred character, which is not at all in the style of his wines. So instead of having 60hl of 2009 Eclipse Frédéric will only have a small fraction to sell. He is awaiting compensation to be finalised. 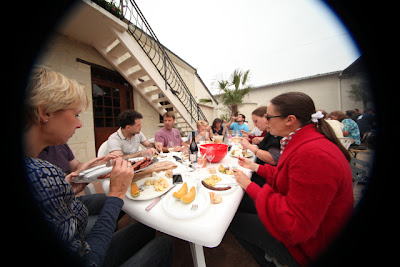 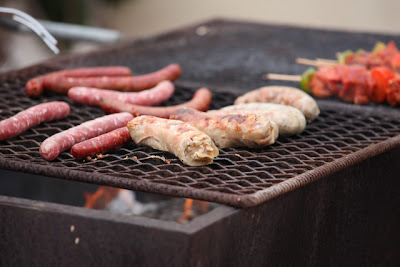 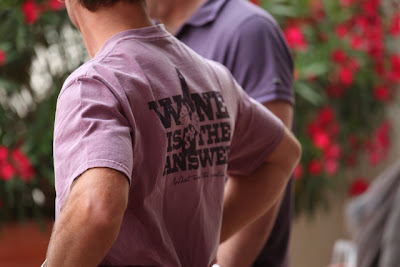 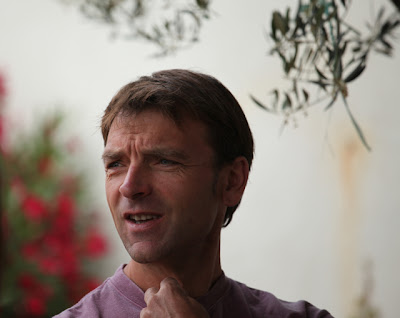 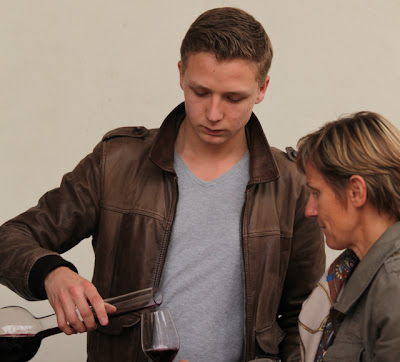 Charly – Frédéric and Natalie's son
Posted by Jim's Loire at 06:34