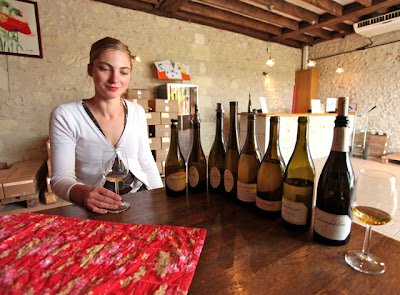 
After the Puzelats we headed westwards along the Loire past Amboise to Husseau where we saw Frantz Saumon and tasted his current range of wines. Next on to Vouvray and Domaine Champalou where we saw Céline Champalou as her parents – Catherine and Didier – were away in Lyon for a tasting and lunch at Bocuse to mark the selection of their sparkling Vouvray for a prize. 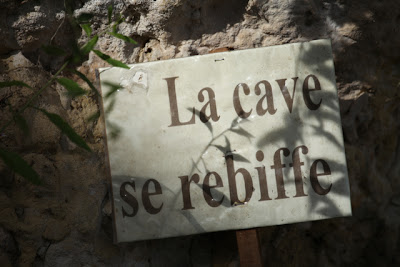 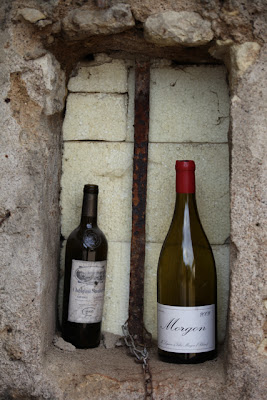 We then had time for a quick visit to the new premises of Château Gaudrelle in Rochecorbon and see Alexandre Monmousseau. Alexandre said he was stunned by how quickly this year's grapes were developing. "I have to keep pinching myself to make sure that I'm not dreaming!" He made an interesting observation on the possible effect of the flowering before the summer solstice. "Normally the flowering isn't finished until after the summer solstice when the length of the days are already starting to decline. This year the vines will have an additional 20-25 days during the period of maximum light. We don't know what effect this will have." 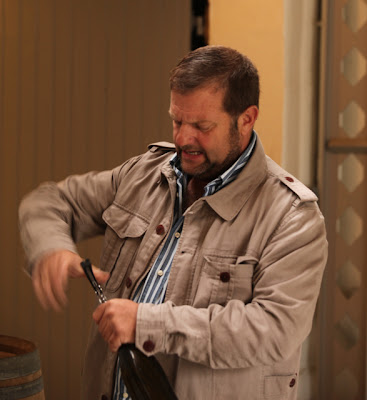 Alexandre opening a Vouvray and checking the cork 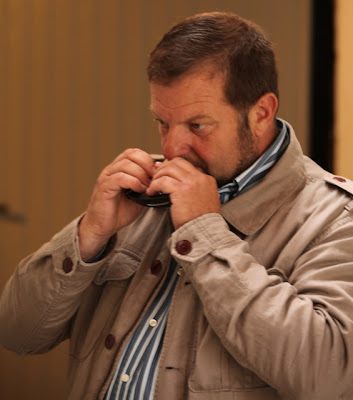 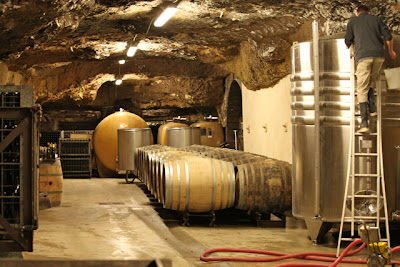 In the cellars of Gaudrelle 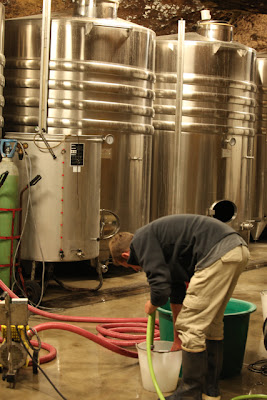 Then it was back to Montlouis to see Ludovic Chanson, whose wines I first tasted at this year's Salon des Vins de Loire. Having tasted his full range I remain impressed, especially with his Montlouis. Clearly yet another emerging star in Montlouis! 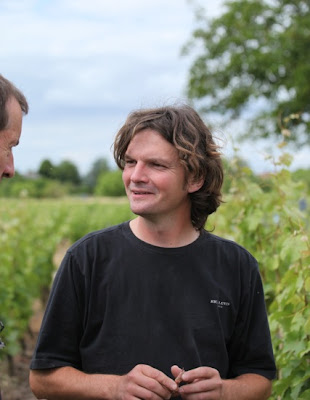 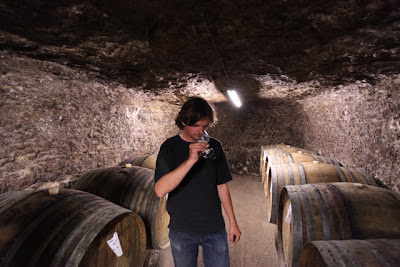 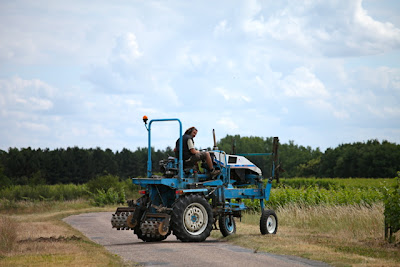 Bertrand Jousset cultivating his vines near Husseau
Posted by Jim's Loire at 08:18

Can’t believe it!
Together with a bunch of friends, we used to organize one “groupage” a year (5.000 bottles in total, not bad) of French wines to Belgium ... ages ago. I remember those lovely Vouvray wines very well, and Didier as well. I also remember the very elegant design of his name on the bottles (a turquoise-shade of green with discrete shadowing).
And now, this Oh so handsome Céline is already a daughter of his!
You know what, Jim, Jacques Berthomeau is right, the “Syndrome du Vieux Con” is hanging above our heads.

I hope the wine is as elegant and refined as Céline

How was the 2010 Mineral+ at Frantz Saumon showing? I sold my last three bottles of the 2009 yesterday and I nearly wept. I tried the 2010 in early February while it was still fermenting so a bit difficult to draw any conclusions. Frantz reckoned it'll be an early drinker whereas the 2009 would age well.