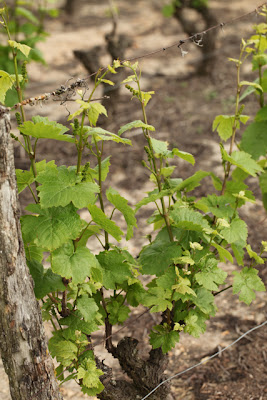 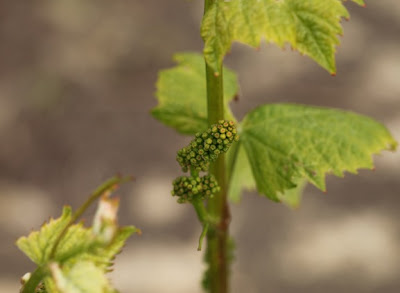 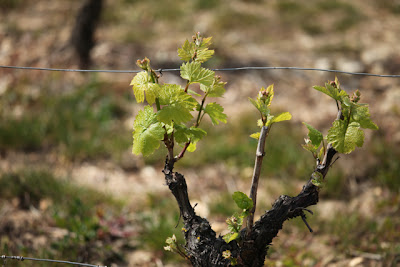 The vines are hugely in advance of normal this year with the warm weather of April accelerating growth. The photos above show how much growth the vines have put on in just two weeks, although admittedly they are not exactly the same vines and probably not the same grape variety. Even so...
If the warm weather continues – obviously a big if – the vines could flower this month and the harvest dates might threaten those of the legendary 1893. Certainly they may be as early as 2003, when the vintage started in the Loire around the 18th August in Reuilly unless drought blocks grape maturity.

This very early start has brought its own problems. Vignerons are having to run like mad to keep up. There is more than a threat of hail. Florence Chevallier of Château de Villeneuve (Saumur) told me that they have already had two big storms that included hail with some 35-40 ml of rain falling each time and some damage done. Also there was a big hail storm in Gizeux some 12 kilometres north of Bourgueil on Monday evening damaging corn and sunflower crops. The same storm also hit Richelieu further south.
Posted by Jim's Loire at 07:23