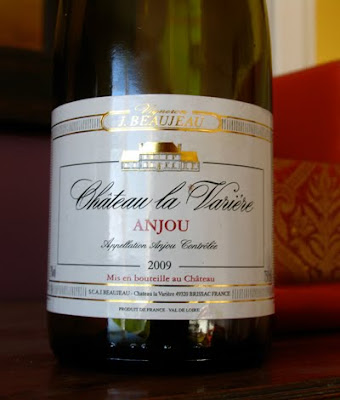 
This 2009 – 100% Cabernet Franc – is soft and deliciously easy drinking. It has the rich, ripe fruit that is typical of 2009. We took it along with us to the Lahore Kebab House, in London's East End on Friday night. Happily we had booked a table as the restaurant was completely heaving with a large queue out of the door. It was good to try the Varière Anjou with Indian food and find that this 2009 stood up well to the spicy food. 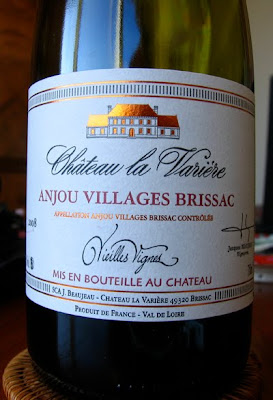 2008 Amjou Villages-Brissac
The 2008 Anjou Villages is more structured than the 2009 Anjou, although it also has attractively rich, supple fruit. It is drinking well at the moment but should also age well over the nest five or more years. The blend is 60% Cabernet Franc and 40% Cabernet Sauvignon with the Cabernet Sauvignon aged for a year in barriques.

Yes I have always felt that young Loire Reds (at least if CF based) are a fine match with Indian food - the tannins and acidity stand up well to the heat, whilst being supprssed by it enabling one to relish the fruit that comes out as the spiciness ameliroates those two usually stronger compnenents.

And the Lahore Kebab House - still after all these years so very good - cooking like your Mother used to make (if your mother was Punjabi, and if, like us, she wasn't still wonderful Muslim Punjabi cuisine),

See you at RSJ's tonight?

Graham. Look forward to seeing you this evening.

Two wines I would enjoy, thanks for the insights Jim.

I just found your blog after a 10 day trip to Loire. I always forget to take a photo of the vinebottles to remember the name of the good vines. Your blog is now bookmarked!

Thanks Kristin. Hope you had a good trip.