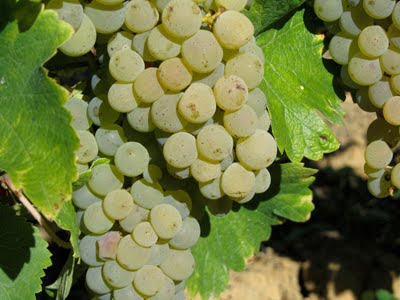 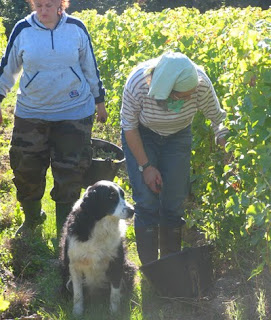 Like yesterday the weather today has been fantastic – cool overnight but warm sunshine during the day with little wind and mostly clear blue skies. Not surprisingly all three were very happy with the conditions, which are due to continue until around Thursday lunchtime when showers are possible with heavier rain forecast on Friday. From Saturday it is due to clear up until well into next week.

"We are going to get in as much in as possible in the first part of this week," said Didier. "After the Sauvignon we'll pick the Gamay and the Pineau d'Aunis, which are all ripe. The Sauvignon is now coming in at 12.5%-13% potential. The acidity has dropped from 5.7 to 5.5. We have plenty of Pineau d'Aunis this year, so we will be making some red."

This is good news – I'll have to reserve some 2010 Arpent Rouge from Catherine. Perhaps there will finally be a Touraine en primeur campaign centred on red Pineau d'Aunis. Demand ought to rival that seen for 2009 Lafite – it is certainly much more rare! 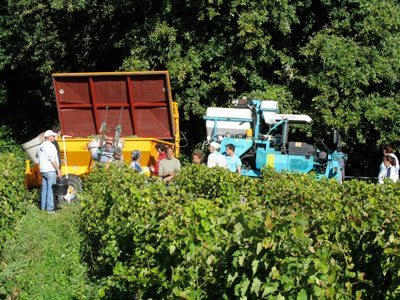 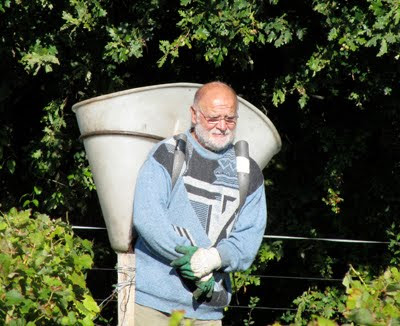 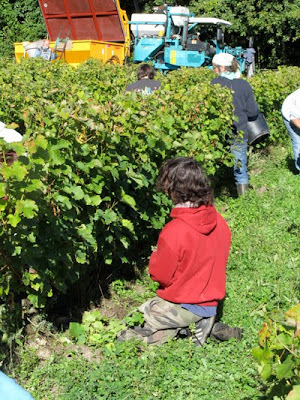 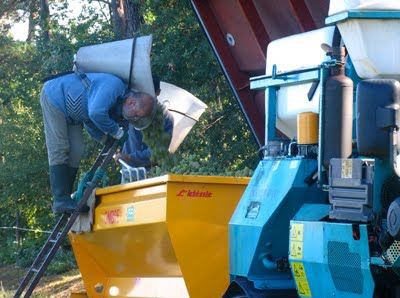 Emptying Sauvignon into the trailer 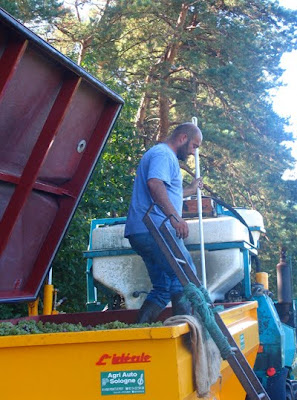 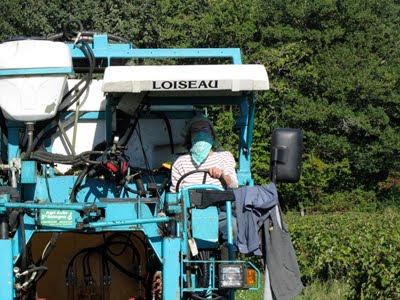 Catherine as the 'Outlaw of Mareuil' 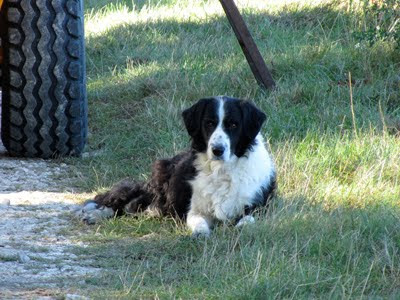 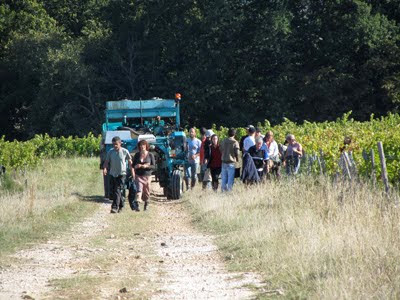 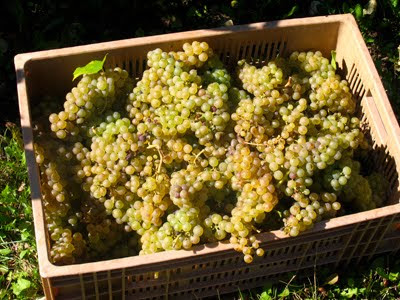 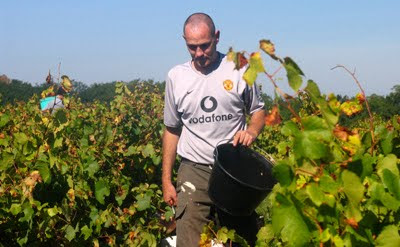 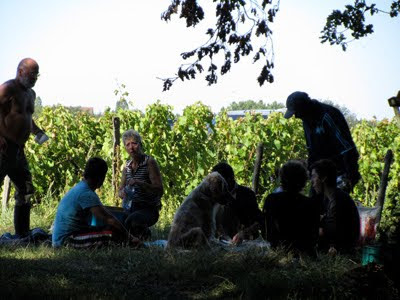 
Next post a few photos from the press house with Didier Barrouillet and Laurent Saillard.