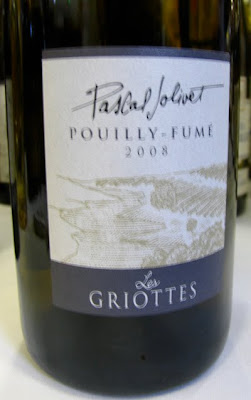 Both are available from Maison Marques et Domaines at around £21.80 a bottle retail.

Thanks for this reminder. I used to drink Jolivet's wines in the mid nineties, but they seem to have slipped from my radar as many other wines from the area have become available.