Bourgueil votes for UDI* from Interloire 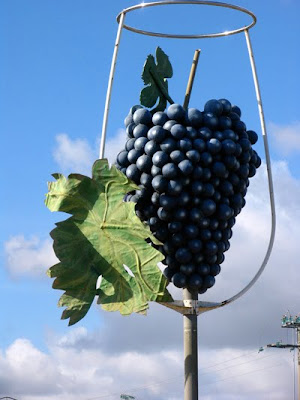 Grape sign@Bourgueil
Jim's Loire understands that the appellation of Bourgueil has recently voted overwhelmingly (apparently it was 92% for the motion to quit) to leave Interloire, the promotional body that covers the Loire vineyards from the Pays Nantais through to Touraine.

As this is breaking news I haven't been able to find out what has led to the apparent disenchantment of the Bourgueil producers with Interloire. It would seem, however, there is a feeling in some quarters that Interloire has become too big and distant. It is also rumoured that some in Chinon may be contemplating a similar vote. (11.12.09: Having talked this morning to Jacques Couly (Couly-Dutheil) and Jean-Martin Dutour (Baudry-Dutour) this is not the case. Chinon I'm told will be remaining with Interloire as I understand will Saint-Nicolas-de-Bourgueil.)

Whatever the imperfections Interloire may or may not have, Bourgueil needs to be part of a promotional organisation if it wants to be able to promote its wines effectively on the export market. Being part of Interloire has enabled some of its producers to be part of the Cabernet Franc project. A vote for independence may well make sense in the cafés of Port Boulet and Restigné, it is all too likely to look like a quaint rerun of Clochemerle in London, New York and Shanghai.

More to be added when I have more details. See here.

* UDI: Unilateral declaration of independence
Posted by Jim's Loire at 22:08

Per and Britt: Have posted a qualification about Chinon this morning but will add more later.

maybe you should contact philippe pitault ( president de l'odg BOURGUEIL) to have more informations about the BOURGUEIL VOTES !!! maybe you don't know what is happening inside interloire since 2 years.

François. Thank you. Will certainly phone Philippe. No doubt you have grievances with Interloire but can Bourgueil promote itself effectively if it is not part of a larger organisation?