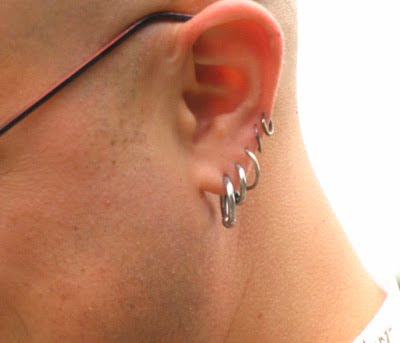 Ryan was 'ere
Here are links to a couple of extracts from this week's WineFuture Rioja09 conference in Logroño. All three consider the future of communicating about wine and the impact of new technology on how we communication, who can communicate and the audience.
First Ryan's Opaz's speech here.

Also video from Catavino of speeches from Gary Vaynerchuk and Jancis Robinson MW.

For the conference's organiser, Pancho Campo MW, the questions return as the applause dies away, the adrenaline drops and the delegates pack their bags and return home. His status as a fugitive from justice is unchanged.

All atwitter:
As reported by @catavino Pancho Campo MW cries at the end of #winefuture conference ...Wine Travel Wink Lorch

grapestwc
@WineTravel Did he cry when they put the handcuffs on him?

Gerry Dawes, who was threatened by Pancho Campo's lawyer in early September 2009 has posted an open letter to Kevin Zraly, technical director of WineFuture Rioja09 here.

Yeh, well I almost cried, too, when Pancho Campo's lawyer called me from Spain and threatened me with various actions, including litigation and told me how "very, very, very angry Pancho was with me for passing a third party e-mail about his Dubai prediction, information since proved in spades (see Jim Budd's entries in October)to Kevin Zraly. It appears that Zraly, who thanked me profusely for sharing this confidence with him, then proceeded to throw me under Pancho's WineFuture-Rioja 2009 bus.

We can quibble about Pancho Campo's guilt or innocence in the Dubai justice system, but since his ex-partner will not come forward with anything but one accusatory e-mail, let's just say he gets the benefit of the doubt.

What Campo does not get the benefit of the doubt on is threatening journalists, me in particular, with legal action for pursuing a story. And the complicity of the majority of the press, both Spanish and English language, in this affair is fertile terrain for some major soul searching. This has been a shameful performance tied to big dinero.

Thanks for this Gerry. I entirely agree with you about the foolish and unpleasant attempt to use a lawyer to silence your legitimate enquiries.

I do think there no quibble about Dubai – Pancho Campo MW has a conviction there and he appears to have given up attempting to deny this.

Like you I share your astonishment that so many eminent figures in the wine world have been prepared to accept 'Doctor' Campo's assurances of his innocence rather than look at the facts.

I guess Spain and its foreign invitees wanted their party, no matter what.

Al Gore has promised to be there in person for Pancho Campo's 2010 Wine and Climate Change conference. A promise Gore made before Campo's conviction was known. Are we really to believe that the former Vice-President of the United States is going to share a platform with a fugitive from justice?