#EWBC: Sunday in Setúbal and Terras do Sado (part 2) 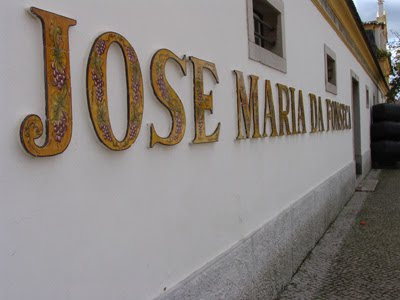 Entrance to the Fonseca cellars


From the Bacalhôa winery it was just a short drive to the old, historic cellars of José Maria da Fonseca in the centre of Vila Nogueira de Azeitão. However, our reception was a world away from that we were accorded at Bacalhôa. Instead of the chief winemaker and commercial director and others at JM Fonseca we were shown round by the winery guide – charming and well informed but not the same. Perhaps they saw us a group of arriviste bloggers but Charles Metcalfe was in our midst and in these parts Charles is as close to vinous royalty as you can get. 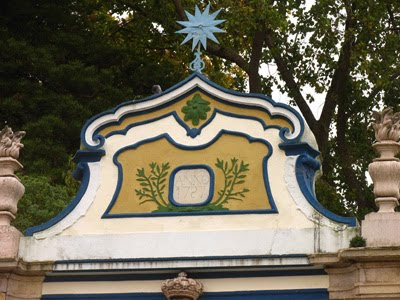 Decorative detail on an outside wall of the Fonseca premises

The company was founded in 1834. It remains in family hands with the seventh generation at the helm. JM da Fonseca now produces some 30 million litres a year divided into 33 brands. As well as the old cellars the company has a new winery close by.

After a tour of the old cellars we tasted four wines, which with exception of the Moscatel were not exciting. The two reds (2007 Pasmodos 9€ and 2004 Domingos Soares Franco 17.50€) were decidedly old style with dry, grainy tannins, especially the Pasmodos. Bacalhôa's Anfora knocks both wines into a cocked hat and is cheaper. The 1998 Domingos Soares Franco Moscatel Roxo 17.50€ saved the show with its concentrated nutty and marmalade flavours with apricot and sweet peach in the long finish. Slightly old style but here it works. 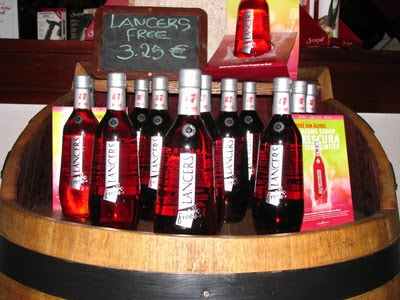 On the way out we paused in the shop. I noticed a display of Lancers Free. Lancers rosé is one of Fonseca's best known and best selling brands and in July they launched an alcohol free version. Apparently this is Portugal's first alcohol free wine. I have to admit I'm bemused: what is point of drinking Lancers if it leaves you stone cold sober? Why not just opt for a nice glass of orange juice?

For lunch we headed to the Restaurante Alcanena in Palmela, which is obviously a local institution with its substantial, varied and copious buffet. We had various local wines to try over lunch including a couple from Bacalhôa but none from JM da Fonseca – another trick missed! Of the new wines on show the most impressive was the 2007 Ermelinda Reserva, Terras do Sado from Casa Ermelinda Freitas. This made from a blend of Castelão (40%), Touriga Nacional (40%) and Syrah (20%) with the vines planted in Fernando Pó, which apparently is a good site in the Palmela region. While the Touriga and the Syrah are from recently planted vines, the Castelão vines are over 50 years old. 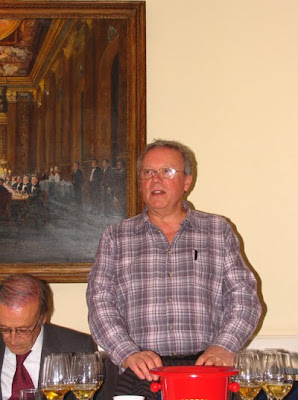 Just to underline Mr Metcalfe's celebrity status, the owner of the restaurant asked to have her photo taken with Charles. Doubtless if I ever go back to Alcanena– certainly worth looking out if you are in the area, especially if you are feeling hungry – a framed photo of her and Charles will hanging in pride of place.