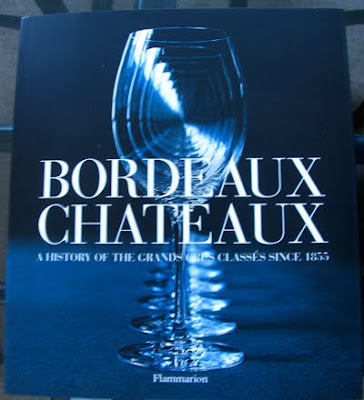 This new edition is in paperback. It claims to be a revised edition but I could find no evidence of this when I looked at properties that had changed hands since 2004. May-Eliane de Lenccquesaing is till presented as the owner of Pichon-Longueville and AXA as owning Château Cantenac-Brown. Both properties were sold in 2006 to Champagne Roederer and Simon Halabi respectively. I understand that the economics of publishing wine books don't allow a full rewrite when publishing a paperback edition of a book like this but someone buying the book would expect to find such obvious details have been updated.

Much of the text, especially the profiles, is a paean of praise. A small snippet from an introductory text by Jean-Paul Kauffmann gives a flavour:


'Since 1855, the owners of the châteaux have upheld their sacred duty, devoting their lives to the service of producing great wines whose glory will outlive them. Yet the honour comes with a heavy burden of responsibility. Lower the standards for a moment, and the system will be unforgiving.'

As there have been only two changes of the 1855 Classification since it was published, this is surely a view through rose-tinted spectacles, although doubtless elegant ones.
Photos by Christian Sarramon
Posted by Jim's Loire at 08:25

Rose Tinted Glasses eh, hah. Bordeaux make good wine but from what I always hear about the people and property compared to lets say the Burundians they do think highly of themselves even tho they have bad vintages too.

For me one of the great attractions of the Loire is that many of the domaines are family run. I'll go along with Viva Chenin!