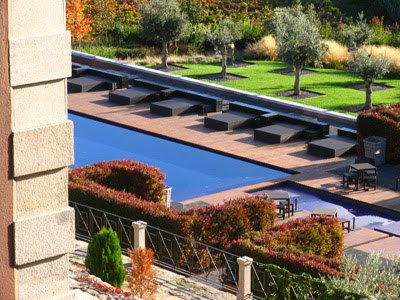 Having arrived at the Aquapura Hotel just outside Regua well after midnight it was perhaps not surprising that things were decidedly slow to get underway. This may not have been helped by the time we all spent working out how the hotel's lighting system worked. The Aquapura is apparently the best hotel in the Douro and indeed the bed was enormous and extremely comfortable. However, much of the rest of the hotel is a triumph of design over practicality and comfort.

Although according to our schedule we were due to leave at 9am we didn't finally leave the hotel until after 9.45am. Irritating for those of us who were ready to depart on time and who, had we known we were going to leave 45 minutes late, could have spent another half hour or so working in our rooms. But, more importantly, it curtailed the time we had at our last visit at Niepoort, so the spectacular, generous and almost complete vertical of Redoma Tinto had to be combined with lunch.

If the 3rd European Wine Bloggers Conference includes a wine tour (tours) timekeeping is an aspect that will have to be tightened up. The problem had also arisen the previous evening when we were late leaving Crasto to drive to Regua meaning that our driver was in danger of falling foul of the strict laws that regulate the number of hours a driver can work in a day. It would be unfair to blame our two guides, who I fancy had little experience in leading a group of this size.

Quinta do Vallado lies just to the north of the town of Regua. There are 70 hectares of vines – 20ha of old vines between 50 and 80 years old and 50ha of new plantings. In addition there is a new project, which started three years ago in the Upper Douro close to the new Crasto vineyard (see details here). Here Vallado has acquired 40 ha of land from some 37 different owners. 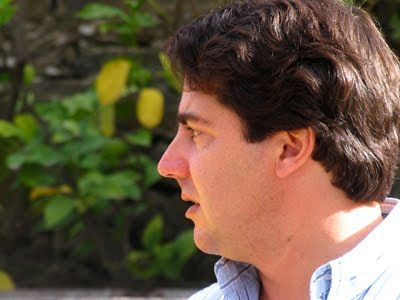 Francisco Ferreira
Vallado is run by Francisco Ferreira, who like the Ozabals, is related to the famous Dona Antonia Ferreira. The winery is in the process of being expanded. Nobody builds cathedrals these days instead they choose to build wine temples. 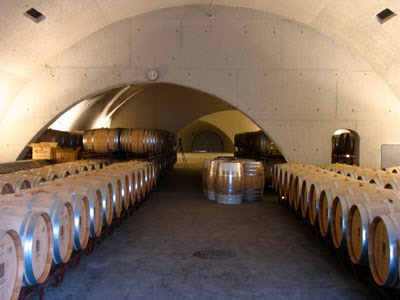 Vallado: the barrel temple
Although the Vallado wines are widely available in Portugal and garner their share of praise from wine critics, I find that this estate is very much the weakest link in the Douro Boys combo. This was painfully apparent both at the Douro Boys tasting on 30th October in Lisbon and at the vertical tasting of reserva wines from 1999 to 2007 that was kindly put on for us. The 2008 Branco Reserva (15-17€ retail ) shown at the Lisbon tasting was thin and lacking flesh and was knocked into a cocked hat by the very fine Niepoort 2008 Redoma Branco (12€). The wines in the flight of 2007 reds were rustic and over-extracted.

Unfortunately the Vallado Reserva wines have a thread of bitter, dry tannins running through them, although the tannin management does improve from 2005 onwards with 2006 with its sweet, herbal fruit the best of the vintages shown. Sadly 2007 appears to be over-extracted with dry tannins again appearing in the finish. 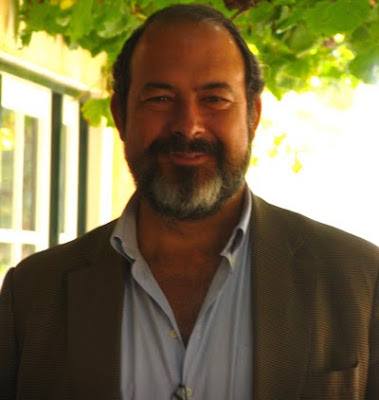 Cristiano van Zeller (Quinta do Vale D. Maria) then took over showing a very impressive vertical of the Quinta wines from 2001 to 2007. Cristiano is both an imposing figure and a great story teller and presenter, so this vertical was both instructive and highly amusing. Following his departure from Quinta do Noval in 1993, he was one of the midwives of the red wine revolution of the Douro. First at Quinta do Crasto and then at buying his own vineyards. The first was Quinta do Vale da Mina in 1995 and the next year, 1996, Quinta do Vale Dona Maria in the Rio Torto near Pinhão from his wife Joana’s family. There are now some 21 hectares of vines mainly planted with old vines – 41 different varieties have so far been identified – with 80% of vineyard north facing so shielded from the full blast of the Douro summer.

Cristiano's wines have a great balance of power, fruit and freshness. We started our vertical on a real high with the 2001. Cristiano is now down to the last eight bottles of this vintage, so it was very generous of him to share this stunning wine with us. It has ripe herbal, quite rich fruit with lovely soft, silky tannins and long lasting flavours. "We are so used to tasting young wine, so that it's wonderful to taste a mature one," observed Cristiano. Strong candidate for the wine of the bloggers' conference and this Douro trip.

There wasn't a poor wine amongst the six wines that followed. 2002 was very good for a difficult year with some of the herbal fruit of the 2001 and attractive texture with prune and fig flavours but without the precision and balance of the previous year and slightly dry tannins in the finish. None of the 2003s Douros I tasted on this trip really impressed – the fruit always has a baked quality. The D. Maria is dense, powerful with figgy chocolate flavours and must have been a beast when it was young. OK but not in the same class as some of the others in this vertical.

The complex 2004 was another of the highpoints of the tasting with concentrated, dense sweet prune and figgy fruit plus hints of chocolate. Rich and powerful with a long finish and balancing acidity. Impressive structure and tannins that will allow this wine to age further.

2005 was the one wine that was not decanted the day before and perhaps suffered because of this and perhaps this just needs more time. Herbal fruit with some toasty wood influence currently showing and quite a tannic structure. The rich and smoky 2006 showed well with concentration, texture, length and balance. 2006 would have been a big crop but on 14th June they were hit by hail which considerably reduced the crop.

2007 is a big beast but promising with very rich concentrated black fruits as well as prune, fig and chocolate. Needs plenty of time.