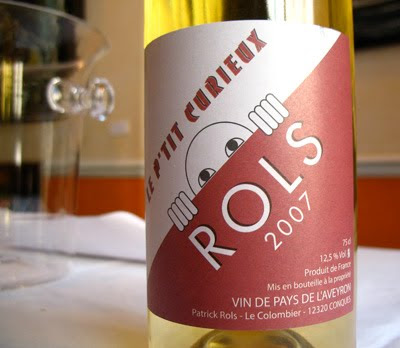 I rather assume that the sales force of Les Caves de Pyrene must feel a certain sense of trepidation when Eric Narioo, their boss man, heads off on one of his now legendary wine buying trips. What amazing find will Eric come with this time to test their wine selling skills?

"Bonjour, Douglas. I've just found this fantastic wine."
"Where are you Eric?"
"In the Aveyron, Douglas. I'm with Patrick Rols, a great producer near Conques and he's got this barrel of sweet Chenin or, at least, it was supposed to be sweet?"
"Supposed. Eric?" (Douglas looks concerned.)
"It was sweet, Douglas, but it refermented in barrel."
"So now it's sparkling, Eric?"
"No, just slightly pétillant." (Douglas looks more concerned – another looming challenge! ) "I asked the producer," continues Eric, "what he was going to do with it. He didn't know, so I've bought it."
"Well at least it's just one barrel, Eric!" replies Douglas as he looks around for a very stiff drink!

The classic Sir Walter Raleigh telephone sketch here will give a flavour of this imaginary call between Eric and Douglas.

So what about the 2007 Le Petit Curieux? Chenin is the white variety planted in this part of the Lot Valley and is found in nearby Entraygues et du Fel and Estaing. Due to the refermentation the wine is dominated by yeasty aromas and flavours – certainly for me on the cusp between drinkability and fit to be poured down the sink.

I was intrigued to see how Douglas and his resourceful team dealt with Eric's Curieux purchase, so below is the tasting note from Les Caves' Weird and Wonderful tasting – a showcase of our "Natural" wines held on 30th October 2009.

'This wine resists easy categorisation. Light gold, it conveys a touch of funny honey on the nose giving way on the palate to ripe, almost tropical-fruit-like pineapple chunks in syrup, followed by full throttle tartness. Not for beginners!'

'Funny honey' is a stroke of genius!