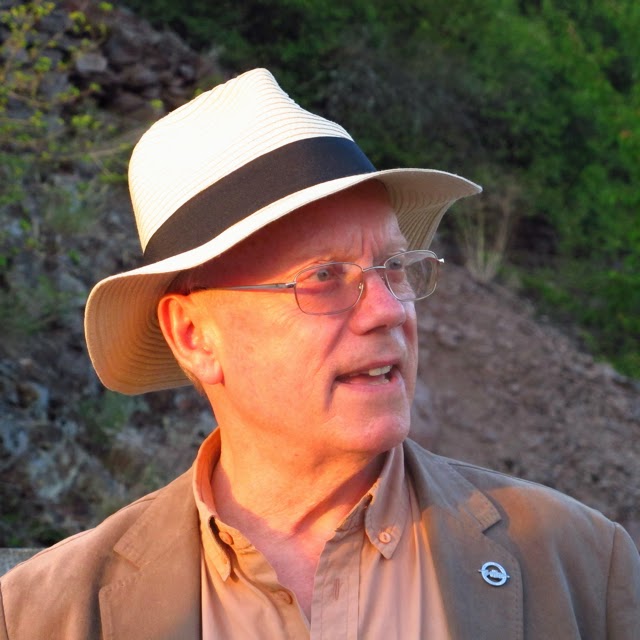 Charles on tour in Germany 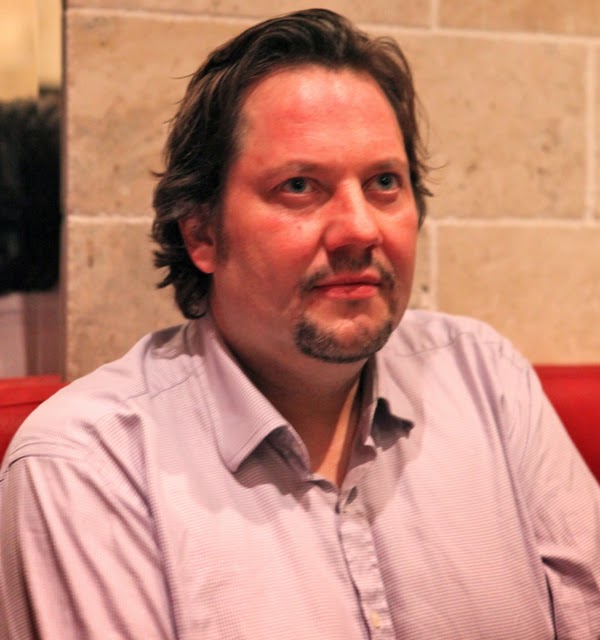 Joe: hits include 'I was only 23 minutes from Skeggie'
and 'Stranger in the Wolds' 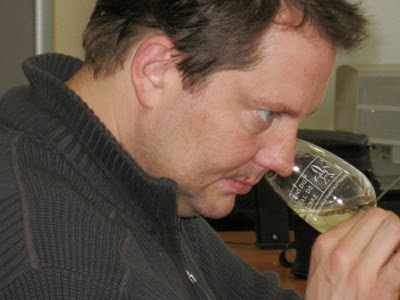 The newly hip Charles Metcalfe and Joe Wadsack – reputed to be Skegness's answer to Tom Jones – will be make special guest appearances.

Details:
'Prepare to have your corks rocked off! Skin Côntact, the UK wine trade’s greatest (and only) charity covers band is delighted to announce its first two very special guest singers: Joe Wadsack and Charles Metcalfe.

Joe’s notoriety as a singer in the wine trade is widespread, and he can often be found serenading the patrons of the Groucho Club in the wee small hours of the morning. He’s also the new face of wine on the BBC’s Food & Drink programme, which came on air this month to a very positive reception. Previously, Joe has been an RAF pilot, winemaker in Bordeaux, supermarket buyer, founder of Cube communications, writer, consultant and judge. Not to mention his phenomenal reputation as a chef.

Charles’ musical heritage is formidable: he is a fully fledged opera singer! For many years, however, the wine trade has been the fortunate beneficiary of his talents: he has written many wine books, co-founded Wine International magazine, and is one of the brains behind the hugely successful International Wine Challenge competition.

Skin Côntact’s ringleader Richard Hemming says: ‘It’s going to be awesome having Joe and Charles fronting the band for a few songs – they’re charismatic, lovely people with superb singing voices. Charles’ mellifluous tones will charm the Vinopolis audience into a smitten trance, then Joe’s enthusiasm will blow the roof off.’

The band will be fronted by a succession of wine trade celebrities performing lead vocals. Several top personalities are already on board, with the full line-up to be unveiled over the coming months.

We’re going to give the UK wine trade the best party of the year! 100% of the ticket price is going to Wine Relief, the trade’s fundraising initiative for Comic Relief, to tie in with Red Nose Day 2015.”

“We’re so pleased to have the opportunity to take part in this amazing charity event bringing the inimitable Skin Côntact to the UK wine trade for one amazing night!” said Agnes Heller from Inter- Rhône. “And. of course, we will be holding the annual Côtes du Rhône tasting on this occasion: Think Red Nose Day, Think Côtes du Rhône!”

Skin Côntact Live! will take place on Monday 9th March 2015 at Vinopolis. Tickets will go on sale in January.