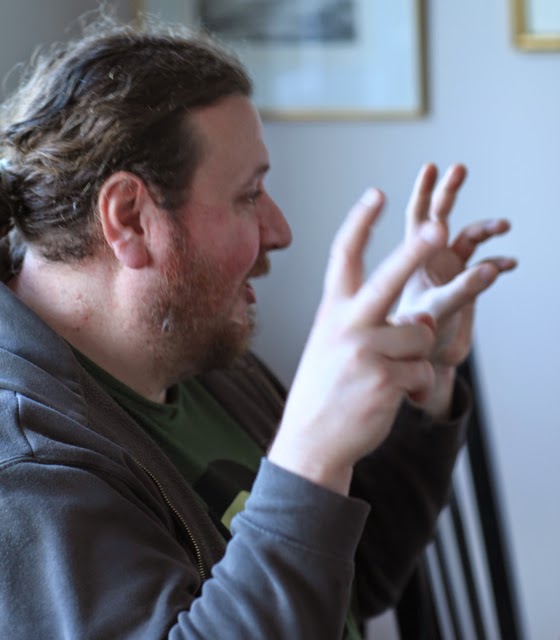 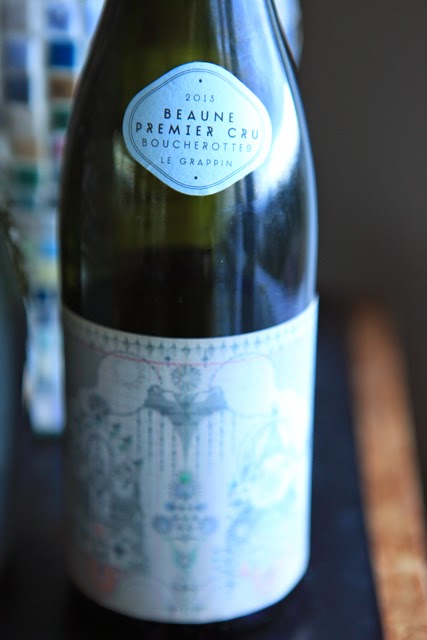 (This is the second part of my profile of Burgundy and Forest Hill garagiste: Andrew Nielsen. First part is here.)

Andrew aims to bring additional value to plots of vines in Savigny-Lès-Beaune. Many of Savigny's grapes are picked before they are fully ripe as the majority of the producers are more grape growers than wine-makers. Le Grappin does not own any vines instead oversees selected plots and picks the grapes. Andrew is invariably the latest to pick much to the bemusement of his neighbours.

Le Grappin was set up in 2011. Initially Andrew shared winemaking facilities before finding, in 2013,  an old armoury under the remparts of Beaune, which he finds ideal because of its humidity and constant temperature. In 2011 he had two plots of vines, five by 2013 and six by 2014. Andrew has plots on Aux Fourneaux, which is a Premier Cru and the vines are 60 years old. It gets its name from the ovens at the top of the plot that were used to make charcoal.

The lower part of the slope has the village appellation. Here the humidity tends to be high, so rot is a problem, growers pick the grapes early. However, through leaf plucking, opening up the canopy and getting rid of the rotten fruit Andrew is able to delay picking here for a week or more later than the other growers.

"The fruit is so different from each of the plots," explains Andrew. "I look for guys who think differently, who don't have the group think approach to vineyard management."

Unfortunately, like the other producers, Andrew's plots have been hit by hail in each of the last three years being hit particularly hard in 2013 with 85% loss for his Les Boucherottes red.

"I want to make wines that tell stories - that have finesse and elegance," he explains. "Texture is also very important. We sort the fruit by hand - berry by berry, which can take 14 hours." Andrew uses an old wooden basket press, which he thinks gives better results, in particular, clearer juice than an air-bag press. "With an airbag press the juice and the pressure exerted both travel in the same direction, whereas with a vertical press the pressure goes downward and the juice moves sideways." Andrew presses his grapes hard.

We started our tasting with the rare 2013 Savigny les Beaune Blanc, which is soft and richly textured balanced by good citric acidity in the long finish. Almost 100% Chardonnay this is a field blend with small amounts of other permitted varieties including Aligoté and Pinot Blanc that also happen to be planted in this plot.

Then we looked at two vintages of Les Boucherottes - 2013 and 2012. The 2013 is noticeably the lighter of the two years but with an attractive Pinot Noir nose and a velvety texture. My guess is that it will be ready to drink young. The 2012 is the riper vintage with noticeably more concentration  and structure than the 2013. Les Boucherottes is just underneath Le Clos des Mouches owned by Drouhin. 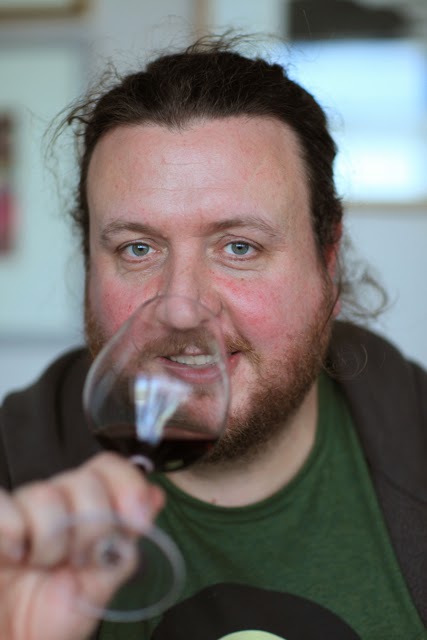 Andrew sounds like a really interesting guy. It's great for you to have found such a congenial near neighbour. I'm intrigued by his comment about pressing. My instinct says 'science-woo' but I'll keep it in the back of my mind and remember the idea. I love his attention to detail with the vines. That's what it should be all about.

Hi Susan. Many thanks for your comment. Yes he is an interesting guy (Australian to boot!) and so are his wines.