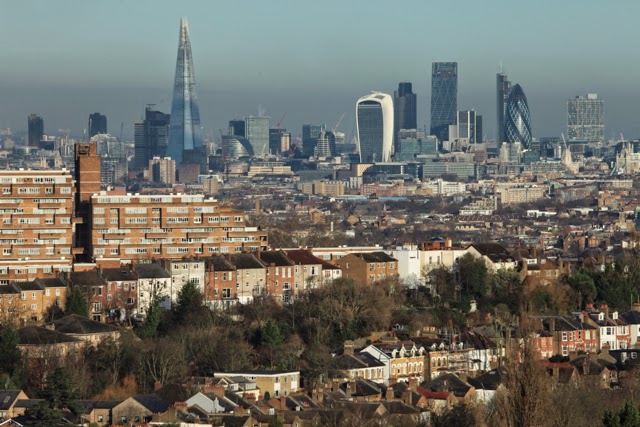 Yesterday's post showed Central London's skyline in September 2005. Then the recently constructed Gherkin and the longer established NatWest Tower were the most dominant buildings in Central London. Now they play a decidedly secondary role amongst an increasing thicket of tall buildings lead by The Shard, whose upper section seems from this shot to be on the lean – a modern version of the leaning Tower of Pisa!