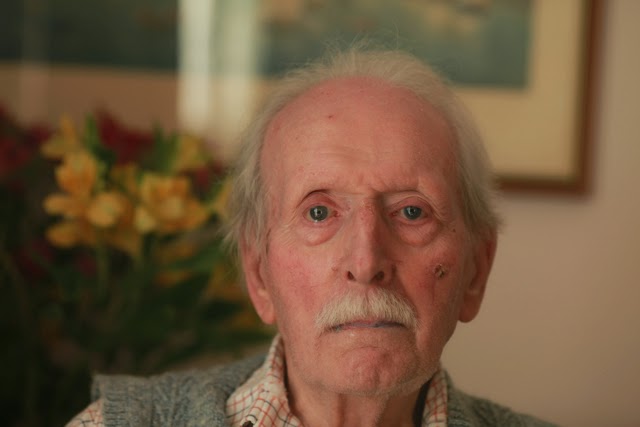 December 2014: the last photos I took of my father
Still bright eyed.
(above and below) 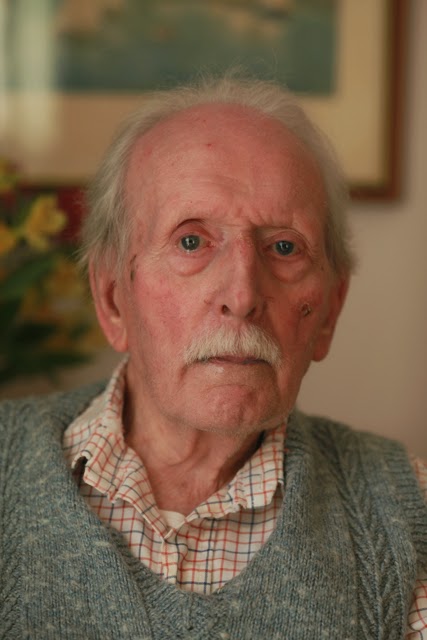 My father died quite suddenly late yesterday afternoon aged 95. I had last seen him a week last Thursday at Halden Heights Care Home (High Halden, Kent) before leaving for Millésime Bio. He seemed physically well, although he was confused and probably didn't really know who we were.

We had had to move him into Halden Heights Care Home in April 2013 because we couldn't give him the specialist care that his dementia needed. He was very well cared for there – seeming happy, contented and had a good appetite right up until the end.

This week Henry developed a chest infection, which antibiotics didn't fix, and he died peacefully while asleep. He just stopped breathing. Given that he smoked 40 untipped cigarettes a day until he was 50, that he lived to be 95 is a testimony to his strength!

For all of us, especially his four offspring – David, Henrietta, Andrew and myself – his death is a sad shock. I was confident that he would see his 96th birthday this April. In any sense, however, it is good that he died quickly and peacefully. Had he lived his dementia would have got worse and he would have become more and more incapacitated. He died while he still had some dignity left and he didn't suffer a lingering death. I'm so thankful for that! 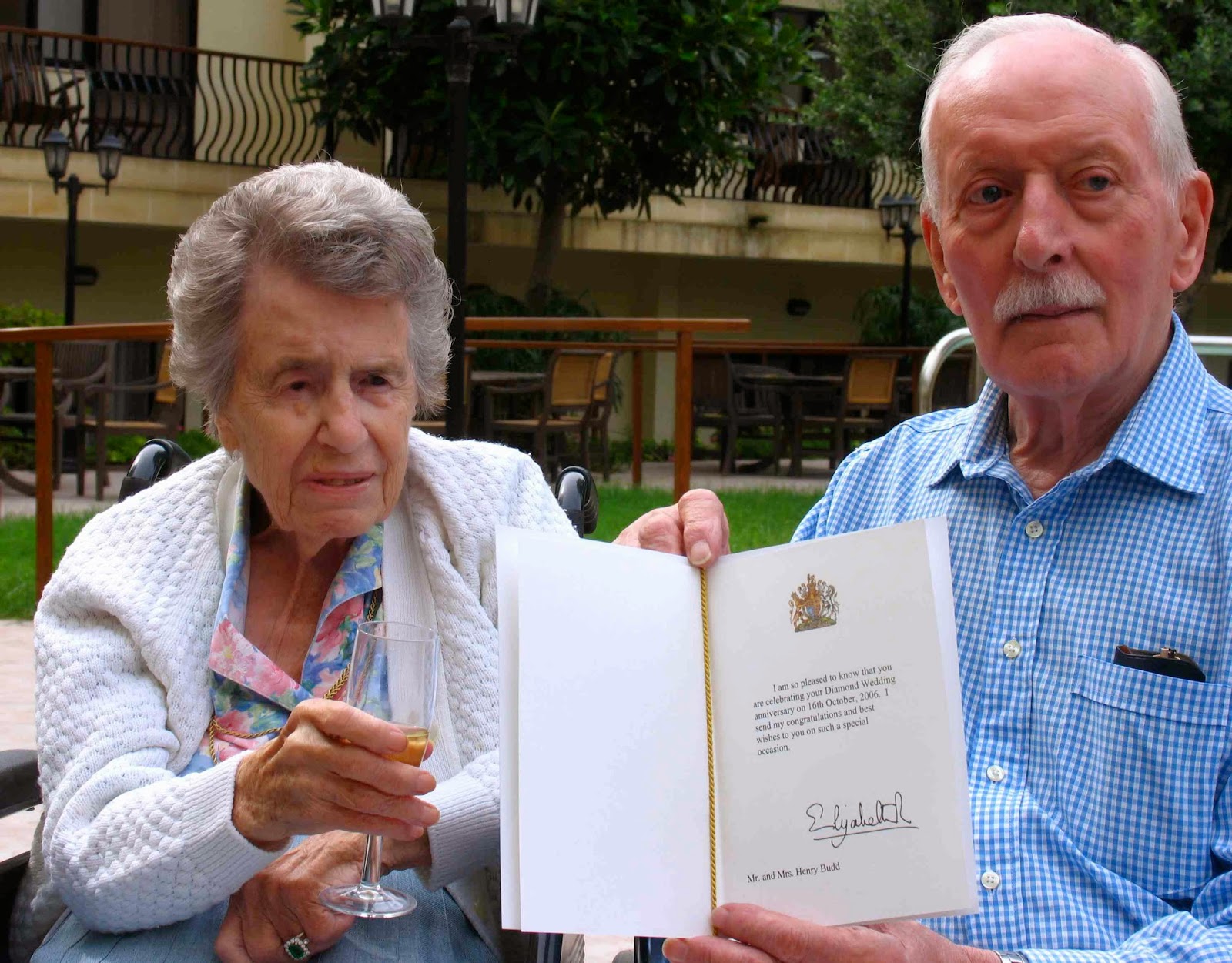 October 2006: My mother and father celebrating their diamond wedding anniversary
She died the following March aged 87 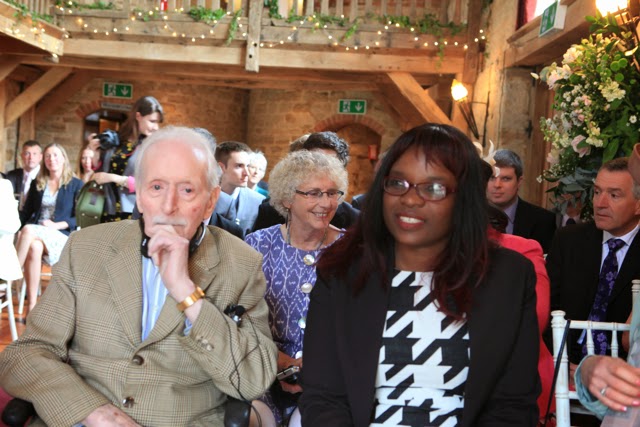 25.4.2014: at the wedding of Richard (my nephew) and Rosie
He is with Martha – one of the carers from High Halden.
She was particularly kind to him 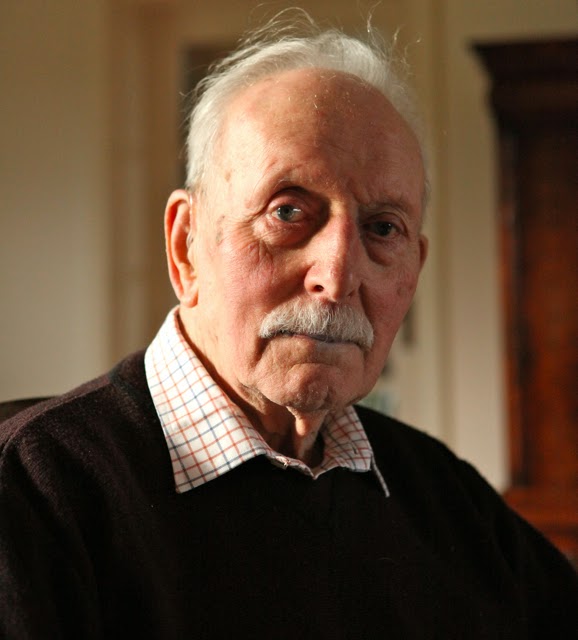 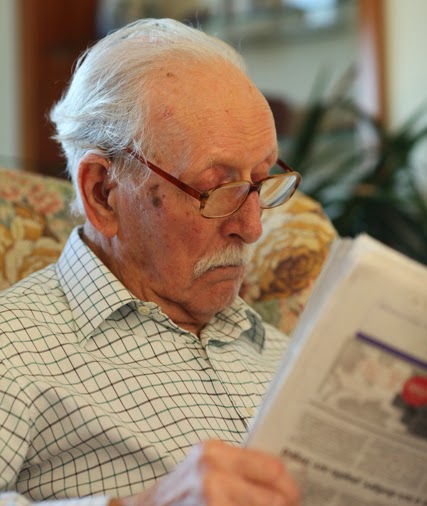 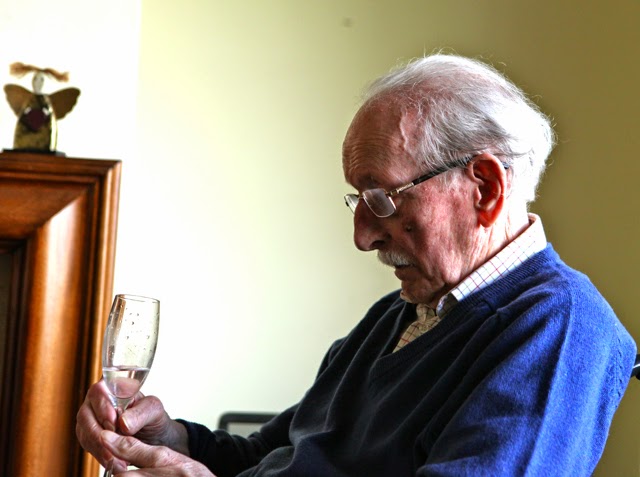 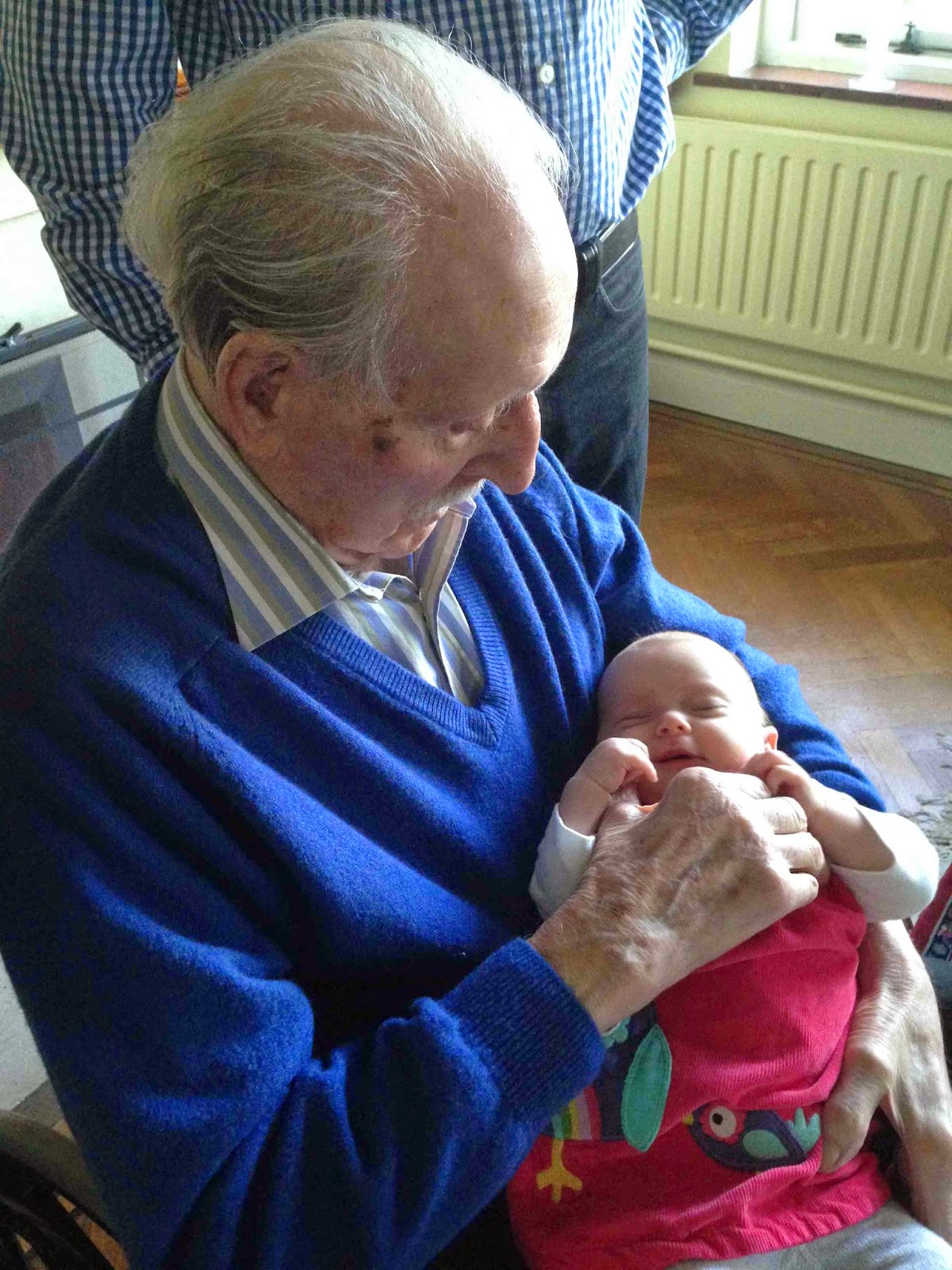 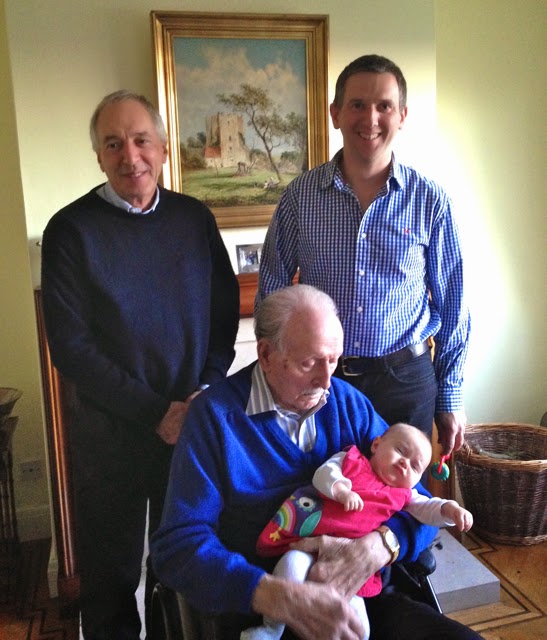 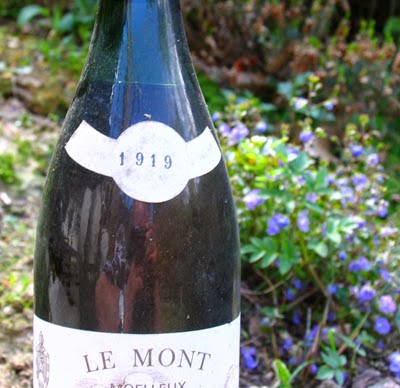 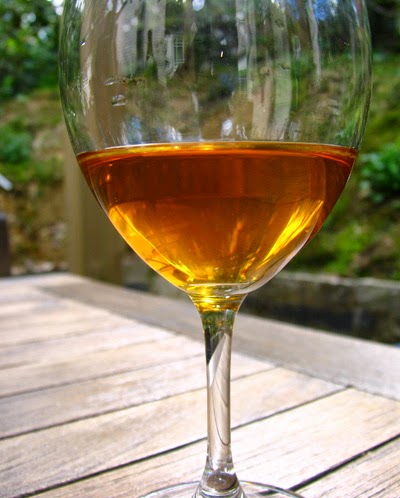 In April 2009 our family celebrated Henry's 90th birthday with this amazing bottle of 1919 Le Mont Moelleux, which was so remarkably fresh and together. Tasted blind you would never guess that it was 90 years old!

May the memories of your father always be as fresh as that 1919 Le Mont Moelleux Jim. 1919 was undoubtedly a great year.

Many thanks CTB. Jim

My sincere condolences, from Malta. You are in my thoughts Jim.

Many thanks Georges. Much appreciated. Best wishes Jim

My condolences. It is important to cherish the good memories!Great to drink Le Mont 1919 at his birthday.

Many thanks Peter. Yes it was certainly special to drink a 90 year old wine on his 90th birthday.

A late comment, Jim. All I dans say is : you can be proud of this grand old man. All my love. Michel