Olivier Cousin: case put back to 5th March 2014 – becoming too hot to handle? 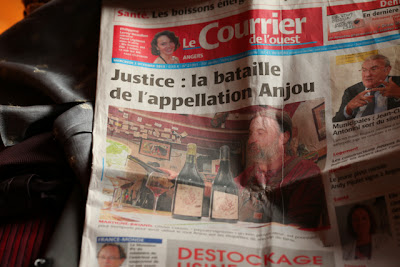 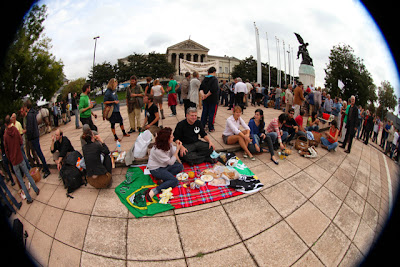 The picnic before the court case 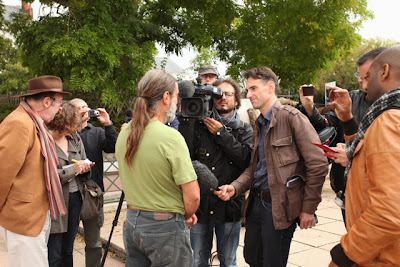 Olivier Cousin being interviewed by the press 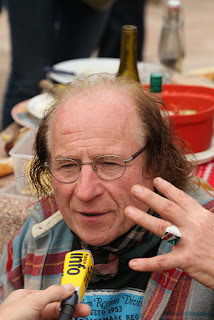 This afternoon at the Palais de Justice in Angers the hearing of the Olivier Cousin case was put back to 5th March 2014. Although the case started three years ago, hit the headlines two years ago, and the date of today's hearing has been known since at least May of this year, a lawyer (Alain Fouquet) acting for the INAO argued for a delay because the case was so important that the INAO ought to be involved. Unfortunately they had only become aware of the case on 25th September 2013.

Unfortunately through a combination of the acoustics in the court and my lack of legal French I missed his explanation as to why the INAO weren't aware of the case earlier. Hopefully they will be ready on 5th March 2014. To date it has only been La Fédération Viticole de l'Anjou-Saumur, which has been involved in the case, brought by the DGCCRF (Répression des Fraudes).

The Olivier Cousin case has become a cause célèbre. Today's local paper – Le Courier de Ouest carried the story on the front page. There were a number of journalists and broadcasters present for the Olivier picnic prior to the hearing and at the hearing, along with a good crowd of Olivier's supporters. One has to wonder whether putting back the case until next March is a delaying tactic in the hope that the interest in the case will fade. That may well prove to be a forlorn hope as there are now plans to hold a Salon des Vins Natures in Angers on 5th March 2014. 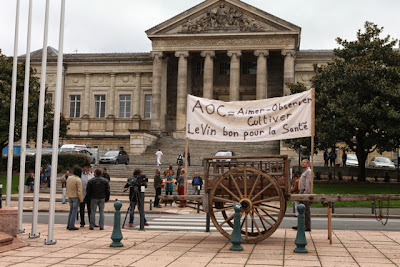 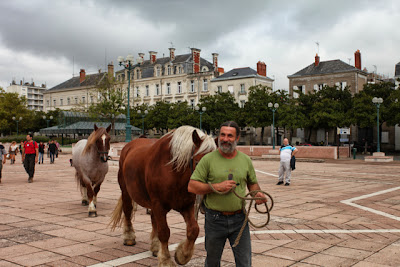 Olivier arrives with his horses 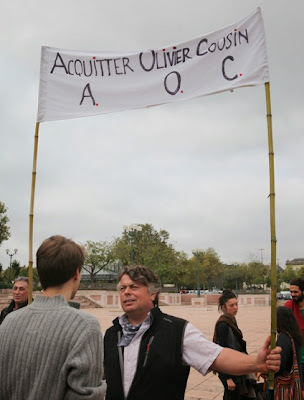 Matthew, who lives near Angers, was on the boat in May
that brought wine over for the RAW fair 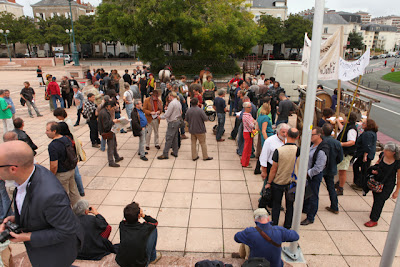 Crowd gathering (above and below) 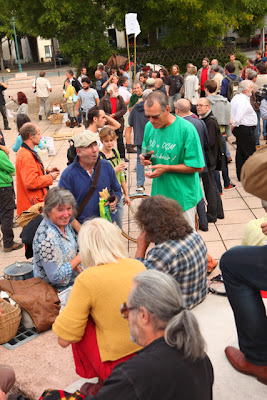 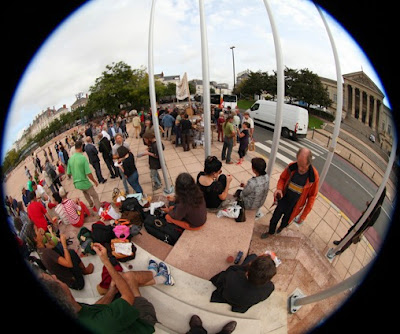 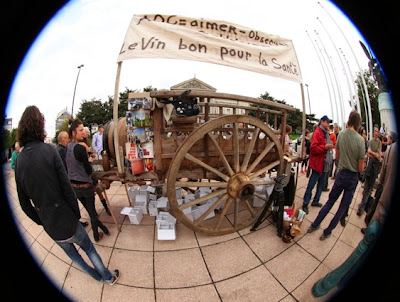 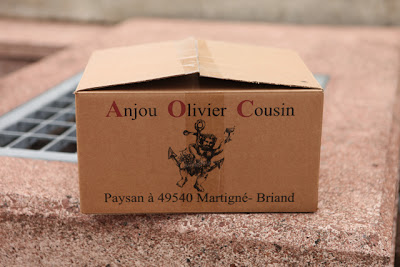 'Anjou Olivier Cousin' – not an offence as it is printed
on the box not the label!
Posted by Jim's Loire at 15:47

Jim you are the man

The big "fishes" although hope to stop all these..... to hell with them