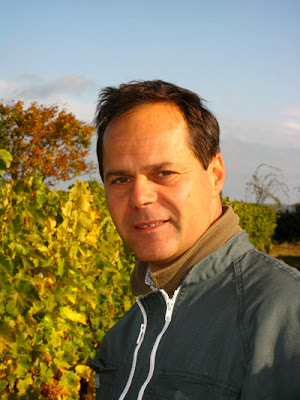 2013 has been a difficult and complicated vintage for many in the Loire. It has been particularly difficult for Jean-Pierre Chevallier, Château de Villeneuve, as he was physically attacked a couple of weeks ago by a disgruntled 20-year grape picker, who Jean-Pierre had just sacked.

Although he was hit on the forehead and around his left eye, fortunately Jean-Pierre does not appear to have sustained any permanent physical damage from the attack, although the bruising beside his eye is still obvious. However, J-P spoke movingly of the understandable loss of morale following the attack.

J-P explained that on the first day of the harvest, this picker had not responded to the instructions on what to pick and what should be left aside. Instead he included rotten grapes. J-P said that he was relaxed about this initially as it was the first day and the young man might not have fully understood the instructions. However, this continued on the second day and the picker spent a considerable time standing around and smoking. J-P concluded that he wasn't taking the job seriously, so he told him he wasn't wanted any more. The picker reacted by attacking J-P and trashing the office.

I'm shocked that this has happened to J-P, a very gentle person, and am surprised and appalled that the police are taking no action and that it is down to Jean-Pierre to take civil action.

News of 2013@Château de Villeneuve
JP: "We finished picking on Friday. The Ban des Vendanges for Saumur-Champigny was given on Thursday 10th October. We had started picking Chenin the week before. The upper limit for chaptalising for Saumur Blanc has been lowered to 12˚. Degrees for our Chenin were between 12.5˚ - 13˚. The acidities are high ranging between 6-7, whereas normally they are between 5-6. Normally my whites don't go through malo but this year I will do a partial malo to reduce the acidity.

Yield on the Cabernet Franc is 30 hl/ha. I thought it would be higher but the berries were small. They will have a short cuvaison – to keep and emphasise the fruit. 2013 is not a year to push the extraction." 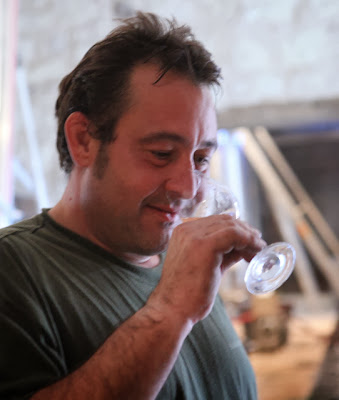 News of 2013@Château de Chaintré
Richard Desouche: "2013 is another difficult and complicated year! Harvesting finished on Friday morning. We have a tiny crop because we were frosted on 29th April, so only 15 hl/ha this year. This follows the short 2012, which was 50% down on a normal crop. The frost hit here, Chacé and Varrains. The vineyards to the north closer to the Loire were not affected."

This is often the case: the vineyards on the south west of the appellation are more prone to frost. We tasted various juices for Crémant, Saumur Blanc and Saumur-Champigny, which were clean and seem promising. 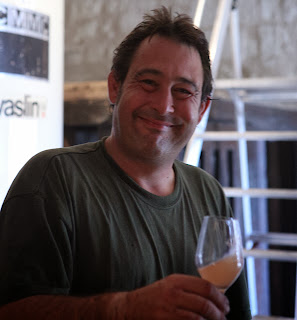