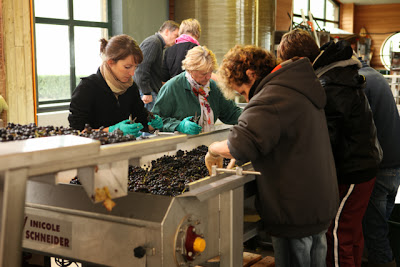 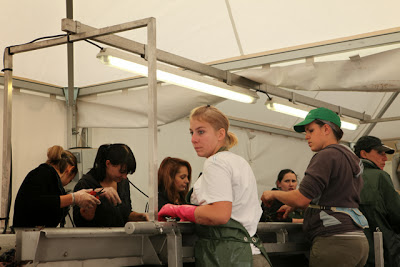 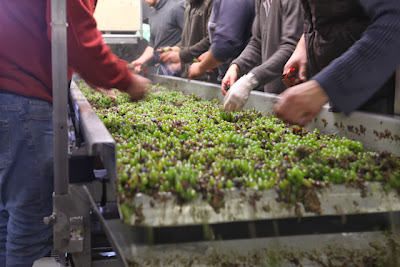 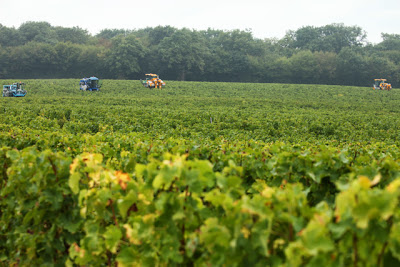 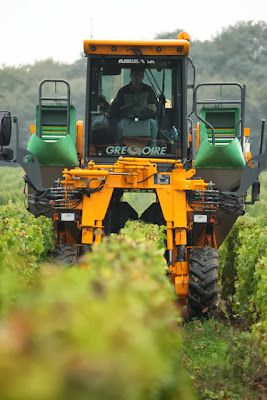 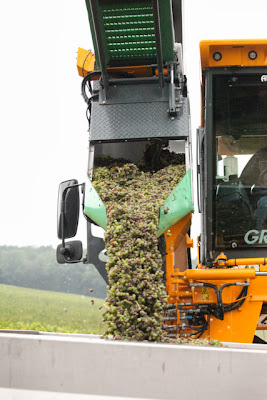 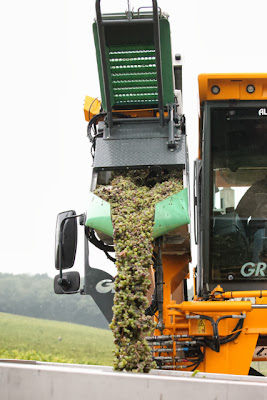 We spent yesterday amongst the vineyards of Sancerre as well as visiting a number of producers. The harvest continues in full swing, especially as the forecast for the end of this week is not good. Indeed as I type this post (just after 7am) it is pouring with rain in Chavignol and possibly everywhere else in the appellation as this does not appear to be an isolated shower. (Update@8.40am rain has stopped.)

There was heavy rain here during the night of last Friday/Saturday. Benoît Fouassier (Domaine Fouassier) told us that some 30-40mm of rain had fallen then, with more in parts of Menetou-Salon, and that 30% of their grapes had dropped off the vines.

Rot is certainly present with amounts varying from parcel to parcel. For the moment, from what we've seen in the vines, Pinot Noir seems to resisting the rot better than the Sauvignon, though this is less obvious when looking at grapes on sorting tables. At Domaine Vacheron they are discarding 25% of the crop.

It was interesting to see some growers taking great care to sort their grapes with big teams on sorting tables – particularly noticeable at Domaine Vacheron, Vincent Pinard and Henri Bourgeois. At Bourgeois this is then backed up by a sophisticated sorting system. Obviously this is much more difficult for those picking by machine, though the latest machines do incorporate increasingly sophisticated sorting methods. On the other hand, machines pick much faster and this is a big advantage when you need to get the grapes in as quickly as possible as is now the case in 2013.

2013 is likely to demonstrate the skills of the winemaker with careful monitoring of the press and letting the juice settle fully before fermentation. So far the juice we have tasted has been clean – naturally varying in interest and texture. 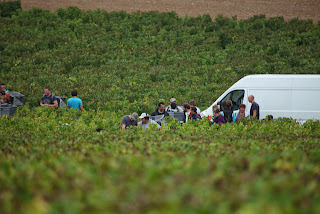 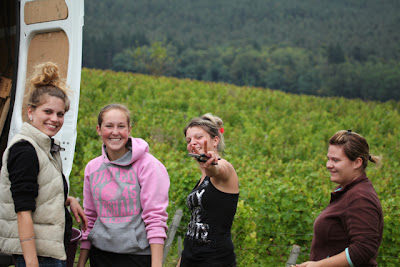 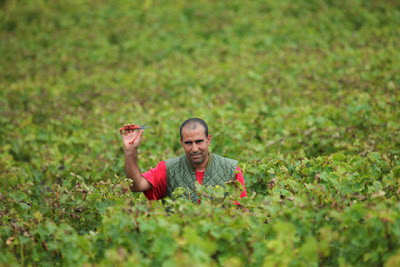 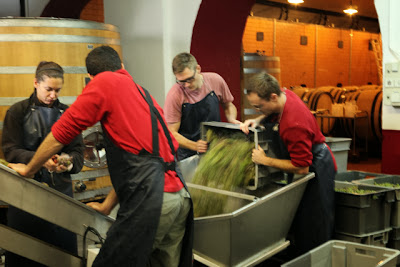