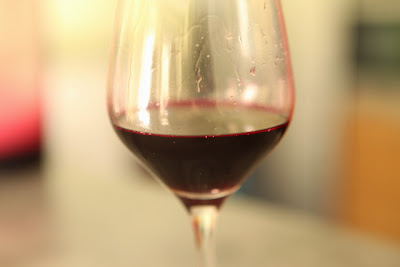 Yesterday we had a quick stop at Jourdan & Pichard (Cravant-les-Coteaux, Chinon) and were impressed by the colour of their 2013 Chinon, which is busy fermenting. It is a small vintage – they have made 30 hl/ha – because of hail and problems during flowering resulting in losses through coulure and millerandange, but there should be some attractive wines made. 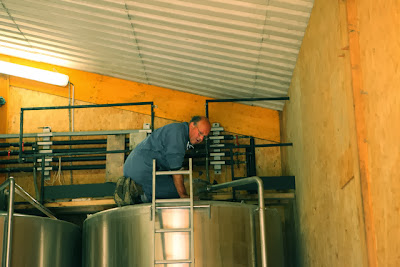 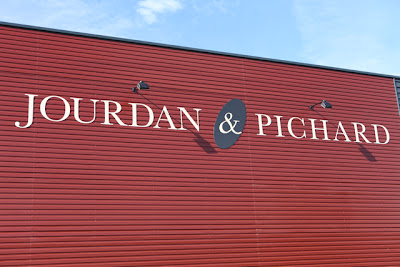 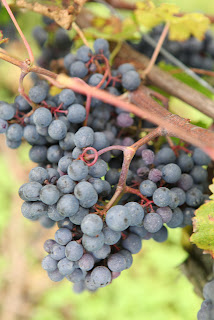 
At Domaine de la Noblaie we saw Jérôme and his father, François. Picking for the whites and rosés was on Thursday and Friday. They started to tackle the reds on Monday. They are now keen to get the grapes in as quickly as possible as rot is beginning to arrive. Normally everything is picked by hand but this year Jérôme has borrowed a picking machine to speed things up. The grapes are coming in at between 11˚ and 11.6˚ – the Cabernet picked that morning for the red. As elsewhere this will be a short vintage with a considerably reduced yield. 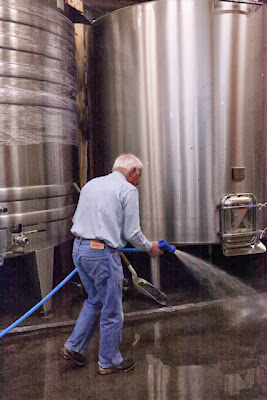 François Billard cleaning up in the new chai 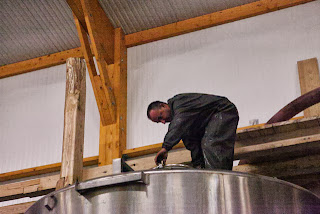 Checking the top of a tank 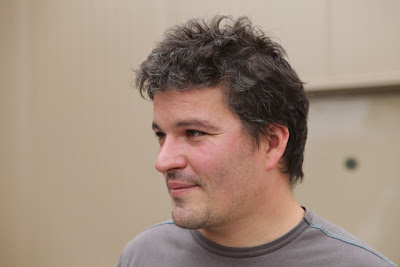 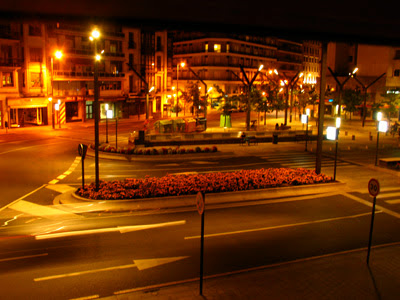 Now about to head south to Sauternes for a couple of nights before continuing to Logroño for the 2013 Digital Wine Communications Conference.
Posted by Jim's Loire at 10:23