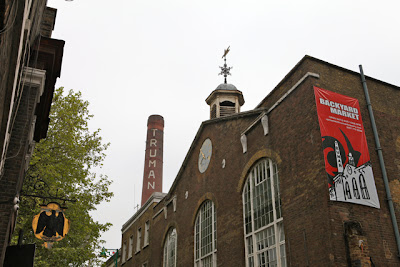 9 days to go. The countdown has begun...

You know you're nearly there when spittoons start arriving and you sign off on catalogue proofs. We are now officially excited.

Speaker's Corner
Our 2013 talks' pages are up on the site. We are not taking bookings for the talks & tastings this year, instead places will be allocated on a first-come first-served basis so please make sure you arrive promptly to avoid disappointment.
Sunday features the likes of... 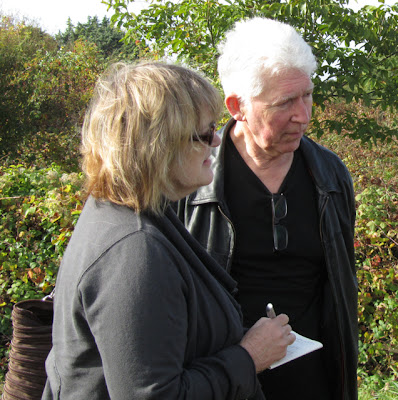 Fiona Beckett in Montlouis during 2010 harvest

the Guardian's Fiona Beckett, who will be leading a tasting on matching 'RAW Cheese & RAW Wine', followed by...

the FT's Jancis Robinson MW together with her co-authors Julia Harding MW and Dr José Vouillamoz who will be leading a tasting on unsual grape varieties, and will be signing copies of their new book Wine Grapes, which will be for sale at the Pages of Hackney stand at the fair for a discounted rate. This is only the second time that the trio have come together to co-present a tasting! 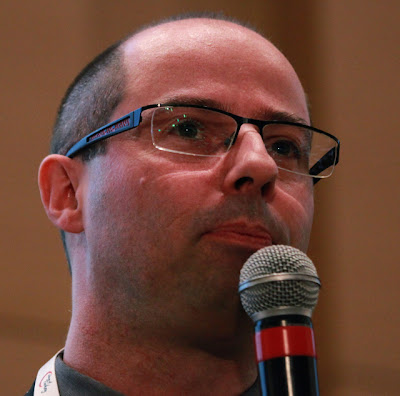 After the huge success of last year's appearance, the reknowned chocolatier paul.a.young is back for another chocolate & wine pairing with our crazy French woman, Isabelle Legeron MW. 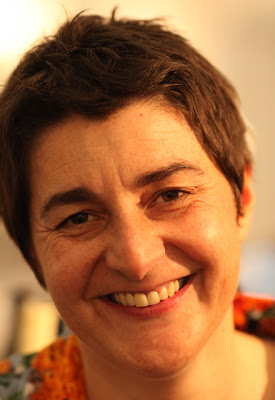 Monday is awash with fascinating talks that are already causing a bit of a stir in wine circles.

First off, we have a talk by Europe's only importer of pure rice sake, explaining the ins and outs of this grossly misunderstood drink. Come & explore to find out what constitutes pure sake and why it is so rare.

Second, there's a fascinating talk about the relationship between biodiversity and quality in wine. Hans-Pieter Schmidt, founder of the experimental vineyard Mythopia, is giving the talk and will even be releasing exciting new research into vineyard yeast populations, including extraordinary insights into where they come from...

Third, there's "Clay Pots"! A talk/tasting on the wonders of producing wine in clay - be it kvevri (or 'qvevri'), amphorae or tinajas. This tasting will feature some of the world's clay pot maestros, including Foradori, Bannwarth, Mathier and Barisashvili, and will be chaired by Steffen Hansen, founder of kvevri.org. (This tasting is kindly sponsored by the Georgian National Wine Agency, part of the Ministry of Agriculture).

Finally, last but not least, the much-talked about 'No-added SO2', myth-busting talk/tasting, featuring world authorities on the subject as well as mature examples of wines produced without the use of SO2, including one from 1983... As you will find out, no-added SO2 wines are stable, they do age and do travel.
Booksigning
As well as the Wine Grapes trio who will be signing copies of their magnum opus at stand 2, there will also be an exclusive booksigning by reknowned British artist Hannah Collins at the Large Glass stand. The space will feature examples of Hannah's work that resulted from her explorations into the art of cooking, as well as copies of her book The Fragile Feast - Routes to Ferran Adrià. Hannah will even be making an appearance herself at 3 pm.

The Fragile Feast is a behind-the-scenes portrait that traces thirty emblematic elBulli ingredients back to their source. The project saw Hannah journey through Europe, Latin America and Japan, photographing still lives of RAW produce such as Japanese kudzu, Italian honey from nomadic bees and Pyrenean pines. As Ferran Adrià says “looking at the astonishing and powerful images Hannah took of the anemones, I ask myself: are they really so bizarre? But I don't think there is anything strange about food, more that people have become estranged from it”. Hannah's images reconnect place and dish by illustrating the provenance of products, each "with its own specific area, or people who ahve worked with it for a long time, very often following techniques and processes handed down from generation to generation" (Adrià).

We have also announced the artisan food producers from around London, who will be part of RAW this year. Jamie Oliver’s favourite cakemaker Claire Ptak & her Violet Cakes are back again this year, as well as Stokey's smoked salmon by Hansen & Lydersen and the Spa road & Maltby Street favourites: Coleman Coffee and Neal’s Yard Dairy, the British cheese specialist. New additions this year are Mons Cheese from Spa Road, Antidote - London's oldest natural wine bar & Soho stalwart, and Wapping's Victualler, who will be shucking British oysters.

This year the Elliot's team is moving onto the outdoor patio and are hosting their very own pop-up wood-fired grill, complete with single species wood & Lord Logs too...

RAW 'Offs'
Given that nearly 170 of the world's best growers are descending on the capital, it is somewhat inevitable that mini RAWs, or rather RAW Events, featuring the growers in various ways, are taking place around the capital.

On our side, we are ourselves involved in two (see below), and we are delighted to announce that early next week we will be publishing a blog post that lists all the 'offs' that we know are taking place around the capital either side of RAW. So if you are a shop/importer/restaurant/grower/or general wine aficionado hosting a RAW related event - perhaps you are throwing a grower's dinner, or featuring particular wines on your list or are just generally having a party - let us know and we will include you on the blog. You have until Tuesday to send us your event.

Our new blog posts are announced on our twitter and facebook feeds, so if you want to know what RAW-ness is taking place around London, make sure you 'like' or 'follow' us on social media.

We are delighted to present a screening-cum-wine-tasting, of the Georgian classic 'Falling Leaves' (Winner of the FIPRESCI critics award at the 1968 Cannes Film Festival), which tells the story of young idealist winemaker and his first job at the local state winery. This charming, humoristic coming-of-age film is extraordinary not just as commentary on Soviet bureaucracy, or  as an ode to those who stick by their convictions, but because it is unbelievably avant-garde for being far ahead of its time in questioning production practices that are all to familiar to wine around the world today.
The screening will be accompanied by a glass of Georgian wine and most importantly, by a Q&A with the film’s award-winning Director, Otar Iosseliani, who is travelling from Paris specifically for the occasion. For further information & tickets, visit the Ciné Lumière website, part of l'Institut Français.

Don't forget to buy your tickets to RAW in advance. They're cheaper online & you can WIN a set of fine, crystal, mouth-blown, Zalto glasses worth £250...

If you are trade, please do not forget to pre-register online, otherwise you will have to fill out your details on the day, and if last year is anything to go by, there are likely to be queues.